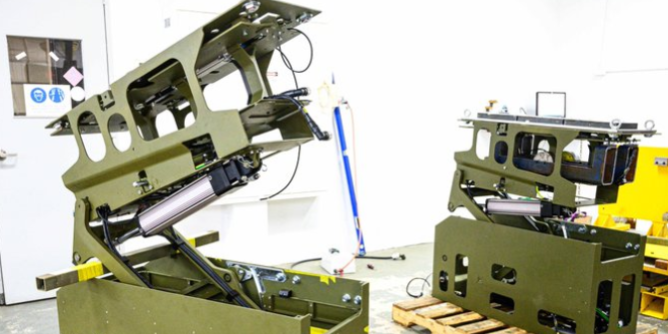 Advanced technology firm Supashock has developed a launcher for the Spike LR2 ATGM anti-tank missile. The Retractable Anti-tank Missile Platform (RAMP pictured), was conceivedd designed and built in six months. The RAMP will be installed in the Rheinmetall Lynx KF41 infantry fighting vehicles being built for the army.

ETSI has updated its standard for consumer IoT devices, first released in February 2019 as a “technical specification”. ETSI said it had unveiled ETSI EN 303 645, “a standard for cybersecurity in the Internet of Things that establishes a security baseline for internet-connected consumer products and provides a basis for future IoT certification schemes.”

Tubi gains in US market

HDPE pipe manufacturer Tubi has opened two new plants in the United States to meet demand from the oil and gas, irrigation, water, mining and infrastructure sectors. The new plants in Florida complement the company’s first in the US in Texas. Tubi is listed on the Australian stock exchange and boosted production by 55 per cent in the latest quarter.

Fracking not the answer for NT manufacturing growth: Australia Institute

A new report by progressive think tank The Australia Institute has questioned how beneficial developing hydraulic fracturing gas production would be for manufacturing in the Northern Territory. According to the AI, NT government plans for a fracking industry were misguided, subsidies would be required “to establish petrochemical manufacturing based on fracked gas” and these would “throw good money after bad”.