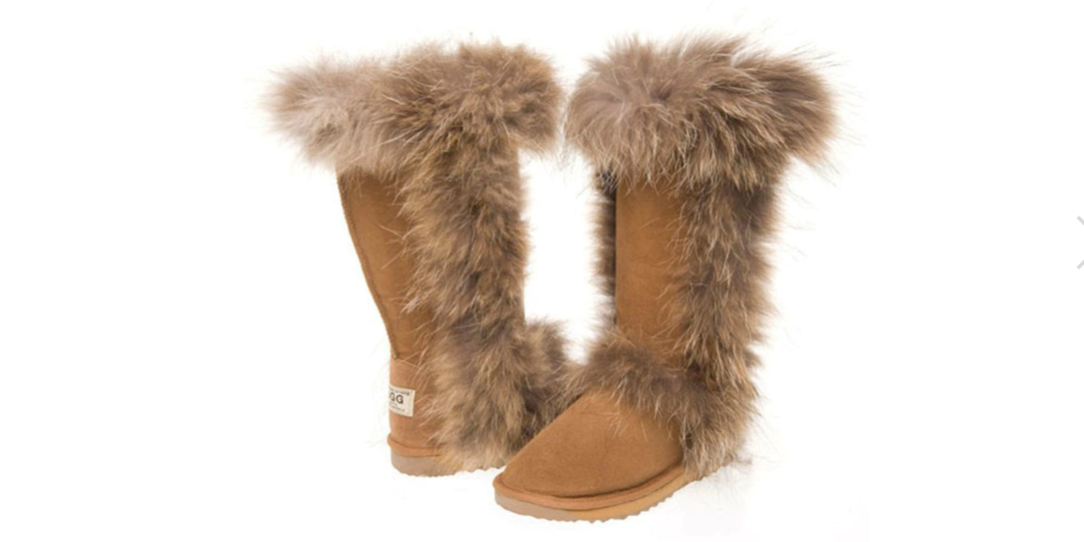 Ugg boot and sheepskin product manufacturer Australian Leather has turned to the Australian public to support its product which is the subject of a US court battle. The Sydney company has been making ‘Australian made Original Ugg Boots & Ugg Shoes’ since 1982, but is being sued over the use of the term Ugg. The company, which describes the case as ‘a real life global version of The Castle’ made the TV news, is holding online sales and launched a petition. The petition calls on the federal government ‘to STAND UP for Australians and assist in fighting the case of Deckers v’s Australian Leather Pty Ltd…Just like Fetta is Greek, Champaign is French, Ferrari is Italian’. @AuManufacturing’s pick of the sale: Long Foxy Ugg Boots (pictured) reduced from $309 to $179.

The ambitious C4EDGE consortium of Australian SMEs has successfully demonstrated its Command, Control, Communications and Computers digital command system in a combat environment. The development, which is sponsored by the army, was demonstrated at Majura Field Firing Training Range in the ACT. Numerous ‘mounted/dismounted’ systems were demonstrated integrated into a single command system network, suitable for deployment by a battlegroup or below. EOS Defence Systems Australia’s Matt Jones said: “It incorporates locally sourced combat radios, satellite terminals, cryptography, networking middleware, command applications, user interfaces, batteries and power management systems into a coherent and fully Australian-controlled system.” Eighteen Australian companies are working together on the $35 million project.

Australia’s largest waste management company Cleanaway will expand its Sydney footprint following ACCC approval for its planned purchase of some assets of the Suez business in Australia. Cleanaway will buy two landfills and five transfer stations in a deal which stemmed from an earlier bid by the Australian company for the local assets of Suez. That bid was derailed by Veolia’s later successful bid for Suez globally, with the sale of some Sydney assets part of the original deal between Cleanaway and Suez.

Perth international shipbuilder Austal has completed the sale of its 40 per cent stake for $4.2 million in Aulong Shipbuilding which builds passenger ferries in China. Guandong Jianglong Shipbuilding of Zhuhai, China has now assumed 100 per cent ownership of the venture, which employs 1,000 and by the end of 2020 had delivered its third Austal designed ferry. Again Austal failed to give a reason for the sale, however the company will continue to provide the venture with design support on an ad hoc basis ‘as the parties determine is appropriate’. Austal 100 per cent owns its other shipyards in Australia, Vietnam and the Philippines, and its Mobile, Alabama yard which builds two classes of ships for the US Navy.

The State of Hydrogen report has shown “significant progress” towards a globally significant industry, as well as a world-leading pipeline of projects so far, according to the industry minister. The inaugural report released on Friday shows Australia has “has the largest pipeline of announced clean hydrogen projects in the world” said Angus Taylor. The report also points to slower development on the demand side indicators — “anticipated in the development of any new industry” — with predicted barriers including reducing hydrogen delivery costs, building demand and achieving low-cost hydrogen production at scale. The report can be read at the Department of Industry’s website here.