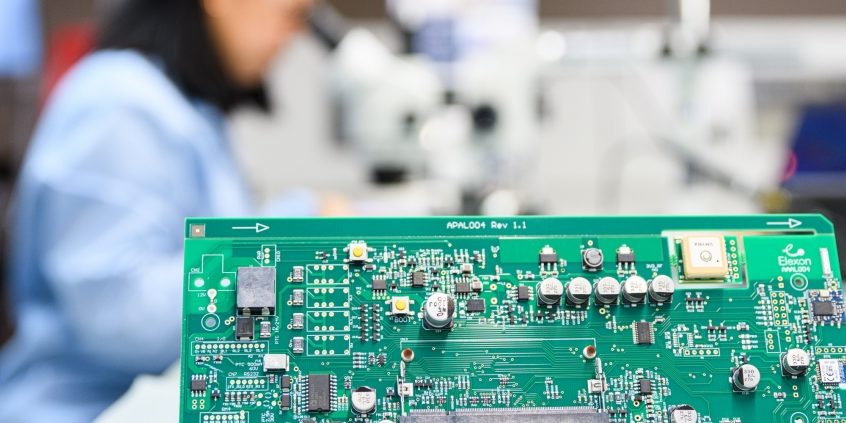 Engineering and technology solutions business Nova Systems has brought together its four business divisions — Nova
Systems, Geoplex, GVH Aerospace and two10degrees — and unveiled a refreshed brand, to be rolled out over the next few months. Nova explained that its refreshed brand  acknowledged its heritage, with an orange tone ‘a nod to “flight test orange”’ and test and evaluation remaining a core offering, as well as resonating with its essential services clients. Among its projects is a joint venture with Electro Optic Systems (EOS) to create a wholly Australian-controlled enterprise “to deliver the Commonwealth’s sovereign guided weapons enterprise – the Sovereign Missile Alliance.” The Australian-owned, 850-person company has offices locally and in New Zealand, the United Kingdom, Ireland, Singapore and Norway,

Brisbane-based electronics developer and manufacturer Elexon Electronics has announced its attainment of ISO 14001 certification, a voluntary standard with criteria for an environmental management system. “We need to make sure that we drive down waste and also that planning for recycling, refurbishment, or disposal of our products is done before we take on a new job or design a new product,” said Elexon Electronics’ quality manager, Kylie Warren. The company pursued the certification last year as part of its growth plan and sustainability initiative, linked to a push for involvement in defence and space projects. It expects to achieve AS 9100D aerospace industry quality standards “in the next few months.”

Tyre Stewardship Australia has appointed chemist Dr Linda Mitchell as the group’s first science advisor, which its says will help build capability to collaborate with, and support organisations critical to R&D of new products based on used tyres. Mitchell recently completed a PhD at University of Sydney and came to TSA via a professional internship program in 2021. A first report by Mitchell, on the impact of microplastics and tyre and road wear plastics (TWRP) on community health and the environment, will be released early this year.

Ampcontrol welcomed Senior Trade and Investment Commissioner to Japan, Mike Newman, Japanese Ambassador to Australia Shingo Yamagami, and the Japanese Consul General in Sydney, Kiya Masahiko, to their Tomago, NSW site on Monday. The group was joined by Japanese government and business delegates for the tour. The company’s CEO Rod Henderson said it was import to position the Hunter’s prowess with renewable technology design and development: “Our region is making significant advancements with not only the manufacture of hydrogen and solar product, but the design of these is also taking place right here,” Henderson said. On display was Ampcontrol’s Battery Electric Vehicle, DriftEx, purpose-designed for supporting the mining industry’s move to electrify, LAVO’s hydrogen storage system, Gilghi, an off-grid water purification system for remote communities, and the award-winning Solar Qube, designed and delivered by the Boundary Power joint venture organisation.

The Queensland government has announced permanent funding for the Mackay Manufacturing Hub as part of a $17 million funding announcement for  manufacturing. According to the state’s manufacturing minister Glenn Butcher, the funding would ensure Mackay manufacturers and those in surrounding regions continue would continue to make use of the hub on a permanent bases. The state’s six regional hubs provide services including business development, skills development and training, and technology awareness programs.

ASX-listed additive manufacturing business 3D Metalforge has announced the signing of a commercial agreement with Par Pacific Holdings to provide a range of AM parts for three US refineries. The agreement follows a successful field trial with Par Pacific last year, and as part of the agreement, the two companies will begin working to identify and produce a range of parts for supply, based on Par Pacific’s operational spare part requirement. According to a statement from the Australian company, the agreement is exclusive but with no minimum order value, and would be worth as much as $400,000 in orders per year.