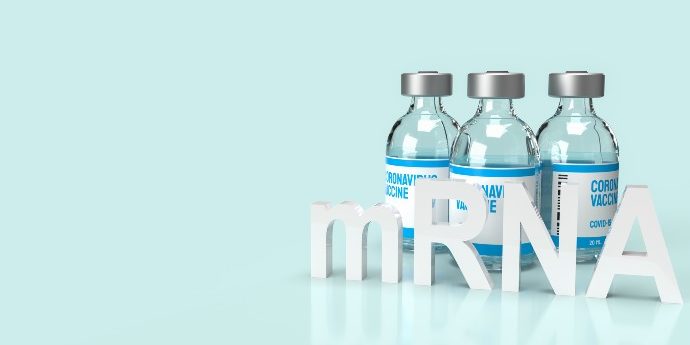 IDT misses out on MMI grant for mRNA vaccines

Drug manufacturer IDT Australia has missed out on a Modern Manufacturing Initiative collaboration stream grant from the federal government to further development of mRNA vaccine manufacturing capabilities. The company, which is manufacturing the vaccine components for clinical trials of a mRNA vaccine developed by Monash University, pointedly said it had waited six months to hear the result of the grant from Canberra. During the time IDT received a sterile manufacturing licence from the Therapeutic Goods Administration and “successfully delivered on the Monash/Doherty Institute developed Covid-19 receptor binding domain vaccine candidate project. This project is Australia’s first locally manufactured cGMP mRNA finished product.”  The company’s grant application for an MMI grant in the translation stream remains live.

Hemp products group Live verdure has announced its 13 Seeds range of hemp-based products will be available online through walmart.com – the world’s biggest retailer, with its online store receiving 100 million visitors a month. Live Verdure’s TheraJoint+ and TheraNight+ products will be the first to go on sale. Live verdure is also developing facial moisturiser with SPF, facial serum, cleansing oil and body repair crème to be sold under the 8 Seeds brand. The company’s products are also available through Amazon and distributor TruLife Distribution.

GlaxoSmithKline’s Consumer Trading Services has agreed to market pharmaceutical brand and distribution company Wellnex Life’s gel liquid paracetamol products in Australia and New Zealand. The deal, initially for three years, will see the products retailed under the GSK Consumer Healthcare brand. The agreement is an early outcome of Wellnex’s purchase of pharmaceutical wholesaler, Brand Solutions Australia. Brand Solutions negotiated the deal over a 12 month period, with the deal accelerating manufacturing and distribution of the gel product.

The Queensland government announced $192.5 million in support for the Wambo wind farm, near Dalby. According to a statement, the farm is expected to deliver more than 200 jobs and 252 megawatts of energy. The funding came from the Renewable Energy and Hydrogen Jobs Fund, and the project part of an aim to achieve 50 per cent of energy from renewables by 2030. Minister for energy Mick de Brenni said the Buy Queensland procurement approach would mean “decent, secure jobs for Queenslanders.” The wind farm would be half-owned by state-owned energy company Stanwell, and Stanwell CEO Michael O’Rourke added that the project would potentially be a joint venture with global renewable developer Cubico.

Australian Circular Economy Forum to be held this week
NSW Circular is hosting The Australian Circular Economy Forum 2022 — a free webinar event — on March 21-22. Presentations would feature corporates, financial and investment bodies, NSW research organisations, and all levels of government. “We will also launch findings of our Rapid Review Research Funding Scheme, provided by the NSW Office of the Chief Scientist and Engineer, a collaborative research initiative between universities to address critical circular economy challenges,” said NSW Circular. Information on the event is available at this link.
Sportstech Pre-Accelerator Program invites entrepreneurs to sign up

Entrepreneurs involved in sports technology have been invited to apply for the ten-week ‘Business of Sport’ Pre-Accelerator program, facilitated by the Australian Sports Technologies Network (ASTN) in partnership with the Global Sports Innovation Center (GSIC.) Sportstech said that “start-up entrepreneurs and founders who have a technology-based idea” could apply, with suitable applicants from Victoria and Queensland having priority access to the program, which is supported by LaunchVic and Queensland Government Department of Tourism, Innovation and Sport. Applications from interstate-based entrepreneurs were also welcome. Applications close 5:00 pm on April 5, and are encouraged “from a wide range of areas including machine learning, blockchain, advanced manufacturing, robotics, 3D-printing, big data analytics, and many others.” More information is available at this link.

A new report prepared for the Australian Sugar Milling Council calculates that their industry contributed $2.3 billion in direct spending to Queensland over 2020/21, and sugar manufacturing directly employed more than 3,700 in the state. According to the report, the direct economic impact included: $1.3 billion in cane purchases from more than 3,150 enterprises; $565.6 million in purchases of goods and services from local businesses; and $336.7 million in salaries and wages; with the industry responsible for a further $1.5 billion in economic activity once “the broader economic impact was taken into account”.

Boeing Australia marks 95-year partnership
Aerospace and defence company Boeing marked an anniversary on Friday, posting on social media: “Today we celebrate an incredible 95-year enduring partnership with Australia. Thank you to our customers, suppliers, research partners and teammates for being part of our history.”
Picture: Monash University
Subscribe to our free @AuManufacturing newsletter here.
By EditorMarch 21, 2022