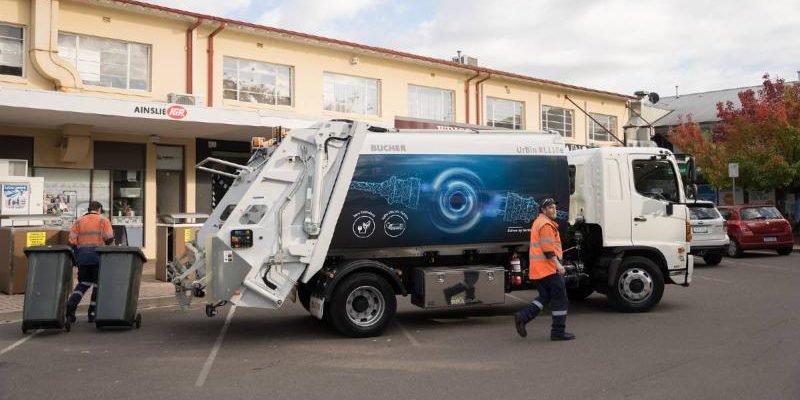 The federal opposition and Western Australian government have joined together to pledge a facility will be built to manufacture electric buses in the state should Labor win the upcoming national election. The pledge, which follows the recent inauguration of railcar manufacture in WA, would see Canberra contribute $125 million matched by the state to manufacture 130 electric buses. The pledge was made as opposition leader Anthony Al;banese launched the party’s campaign in Perth. It includes $80 million for the buses, $50 million for the facility and $120 million for depot upgrades and required infrastructure.

Students from Years 9-11 will work with Griffith University experts in Information and Communications Technology and Advanced Manufacturing to build and launch a prototype satellite. The satellite launch mission has been named ‘Platypus’. A CubeSat will be designed, programmed and built by students during on-site experience days, with the assistance of Gilmour Space Technologies, Deloitte and Airbus. The resulting CubeSat will be launched into space from the Bowen spaceport in Northern Queensland next year. Students will join the Queensland Chief Scientist at the Griffith Gold Coast campus on April 29 for the first of the four interactive experience days.

Electric truck drive train manufacturer SEA Electric has revealed a refuse vehicle with all body ancillaries able to be powered by pure battery power. The vehicle, operating in Canberra, comes complete with a rear loader bin unit built in partnership with industry leader Bucher Municipal Australia. The truck is part of a trial by the ACT Government as it transitions to a zero emissions fleet. It has a range of 190 kilometres and can run at a top speed of 100km/h. with a full battery charge lasting eight hours. Transport minister Chris Steel said transport emissions accounted for more than 60 per cent of total output in ACT, so electrification was needed as soon as possible to tackle climate change.

Medicinal cannabis producer Cronos Australia has delivered record quarterly growth, with the company claiming leadership in the Australian market. Following a first half profit of $3.37 million, Cronos reported sales for the third-quarter of more than $18 million. This brings year to date sales to $46.6 million. The company had $13.6 million in cash at the end of the reporting period. Cronos shares fell one cent or 3.45 per cent on Friday to close at 28 cents.

Sleep apnoea device manufacturer ResMed has boosted revenues by 14 per cent in constant currency terms to $1.2 billion (US$864.5 million) in the latest quarter while income from operations rose five per cent to US$234.3 million. However he company is being affected by computer chip shortages which have crimped its ability to make additional sales following a product recall by competitor Philips. ResMed had hoped to gain sales of more than US$300 million because of the recall, but has would back expectations by US$100 million because of a lack of chip availability. However, ResMed CEO Mick Farrell said he expected to continue picking up sales from Philips. The company’s shares closed on Friday down 5.1 per cent to $28.84.

Victoria’s La Trobe University has achieved its ambition to be net zero at two of its four regional campuses, well ahead of its target date of 2029. These are the first University campuses in Victoria to receive this certification, with the university’s other regional campuses to follow by 2022. The announcement comes as part of the University’s $75 million commitment to become carbon neutral across all its campuses, including the main campus at Bundoora in Melbourne, by 2029. Vice chancellor John Dewar said: “We have done this for three reasons – to save money, to do the right thing by the environment and to show others that it can be done quickly and with good financial returns.” A range of projects have been implemented on each campus, including the installation of rooftop solar panels, energy efficient LED lights, mechanical system efficiency upgrades, and batteries to store solar energy.

In the past week e-mobility manufacturer Nexport delivered another 10 zero emission buses to the Transport for NSW. These latest e-buses will be operated by Transit Systems. The company’s total fleet at Transport for NSW is now more than 60 buses and the national fleet is over 80. According to Nexport: “They have driven more than 3,000,000 cleaner, healthier, kilometres in active service. Providing a super reliable and comfortable experience for travellers.” Nexport manufactures components throughout Australia, with main assembly plants in NSW and Victoria.

Rottnest doubles down on renewable energy

A $62 million commitment from the upcoming 2022-23 Western Australian state budget will shore up Rottnest Island’s energy and water assets to enhance the holiday destination’s infrastructure and support expanded growth. The significant investment in the holiday destination’s green infrastructure is in addition to $31 million towards upgrades to Rottnest’s ageing water supply and road network.
With eco-tourism a growing sector, the new funding boost will see renewables power 75 per cent of the island’s energy needs. A package of works includes doubling solar generation capacity at the existing solar farm near the airport, replacing the existing wind turbine generator on Mt Herschel with two smaller contemporary units, installing a utility-scale battery, and upgrading the power distribution network.