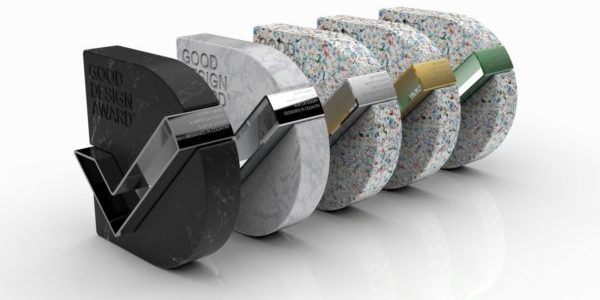 The nation’s biggest ethanol manufacturer, Manildra Group, will draw on an $85 million CEFC investment to exit coal at its primary production site at Nowra, NSW. The investment on behalf of the Australian Government will see factory eliminate coal from its energy mix, replacing this with a gas-fired cogeneration heat and power plant. The company estimates this will reduce emissions at the energy-intensive plant by about 40 per cent, cutting roughly 332,000 tonnes of CO2-e annually. “With this investment the CEFC is helping finance the decarbonisation of the largest integrated wheat gluten, wheat starch, glucose and ethanol facility of its kind in the world,” said CEFC CEO Ian Learmonth. 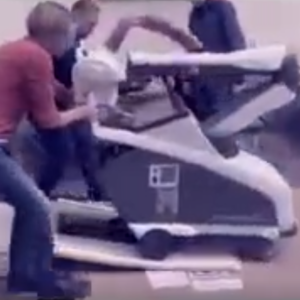 Lightweight X-ray machine manufacturer Micro-X has released vision (pictured left) of its Rover mobile X-ray machines being unloaded in Ukraine. “They’re now set up and ready for the team to start using.” Micro-X partnered with US charity Revived Soldiers Ukraine to provide its rugged, lightweight Rover X-ray devices to the beleaguered country. Revived Soldiers Ukraine purchased four Rover devices which will be used in Ukrainian hospitals. The Micro-X Rover is the military version of the company’s Nano machine, with both units sharing the company’s novel carbon fibre nanotube x-ray emitter.

Technology and intellectual property licensing company Staxxon is providing an innovative design solution to the issue of shipping empty shipping containers with their accordion style folding containers. The containers, that allow five empties to be bundled for transport, is a response to the waste of up to four out of five containers leaving the USA and other destinations empty. This is a green solution, according to Staxxon. The company is partnering with certified container manufacturers and parts suppliers to build folding containers.

Tenders have been called for work to begin on he $179 million Fishermans Bend innovation precinct in inner Melbourne, according to media reports. The precinct will encourage collaboration between industry and academia, with the University of Melbourne leading the way. Fishermans Bend will house the University of Melbourne’s new engineering and design campus from 2025 and the innovation precinct is forecast to be capable of supporting up to 30,000 STEM jobs by 2051. Development Victoria acquired the former General Motors Holden (GMH) site in Port Melbourne in 2017 when it was a vacant industrial site. Construction will begin by the end of the year with the site opening by 2024.

Monash Institute of Pharmaceutical Sciences Medicinal Chemist, Associate Professor Bernard Flynn, and Professor Stuart Pitson from University of South Australia’s Centre for Cancer Biology, have co-founded an Australian biotech company, Ankere Therapeutics. Ankere was launched this week with a $10 million seed investment round. According to a statement from Monash, the company is focussed on development of new therapies targeting inflammatory diseases, particularly those affecting the lung, based on based on a proprietary small molecule chemistry. Ankere is an Arrernte (central Australian Indigenous) word meaning spinifex wax, which is used in traditional medicines, with the use of the name as “acknowledgement of Ankere’s Australian heritage and passion for better health outcomes.”

Fortescue Metals Group’s green energy division, Fortescue Future Industries, has announced Christiaan Heyning as its Head of Decarbonisation. FFI said in a statement that Heyning had 25 years’ experience in improving business outcomes in mining and industry internationally, with a very strong focus on sustainability, and came to FFI from McKinsey, where he was a founding partner of the consultancy’s Perth operation.

The annual Australian Good Design Awards are inviting nominations for 2022, with an extended entries deadline of May 20. Contestants will be in the running to win one of the recently-unveiled 2022 Good Design Award ‘Tick’ trophies, designed by Clandestine Design Group in collaboration with Defy Design and Manufacturing, Bespoke Aluminium and Vert Design (concept rendering pictured.) Each trophy contains “one kilogram of compressed Australian post-consumer plastic in which an Australian-sourced extruded aluminium tick is embedded.” Judges’ verdicts will be shared with winners on July 22, and prizes awarded at the Good Design Awards Ceremony on September 16. The awards have been running since 1958 and are recognised by the World Design Organization (WDO) as Australia’s peak international design endorsement program. The entry portal is at this link.

Pioneering Australian cable manufacturer Olex has rebranded to reflect a 2012 merger and will be known as Nexans Olex. Global business Nexans plans to expand its presence in Australia with new, innovative products including modular wiring and power accessories. Greg Stack, a Nexans Asia Pacific vice president said: “As a global organisation, we are passionate about driving the world’s transition to a more connected and sustainable way of living, and our Australian business is a vital part of that journey.” Olex first made cables in Australia 80 years ago, with the company now operating a plant at Lilydale, Victoria.