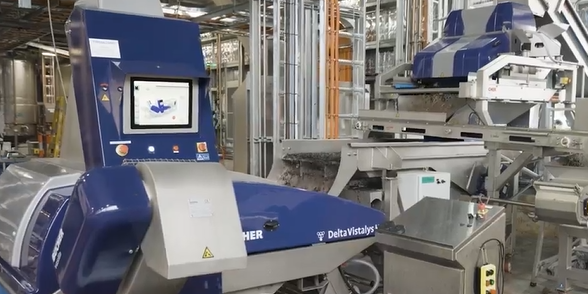 Clinical human trials have begun on subjects in Melbourne to test the effectiveness and safety of two Melbourne-developed Covid-19 vaccines. The traditional protein-based vaccine was developed by the Doherty Institute, while a mRNA vaccine was developed by Monash Institute of Pharmaceutical Sciences. Melbourne’s IDT Australia manufactured the nRNA vaccine at its facility which was initially supported by grants from the federal health department. The participants and others in the study will have blood tests and a post-injection study of antibodies in the bloodstream.

Treasury Wine Estates has opened the largest winemaking site in the Southern Hemisphere, with the capacity to produce more than 100 million litres of wine every year. South Australian premier Peter Malinauskas opened the Barossa Valley facility with TWE CEO Tim Ford. The new $165 million state-of-the-art wine production facility in Nuriootpa is an extension the existing Wolf Blass Bilyara site. It is the Penfolds winemaker’s largest bottling operation. in the world, The site employs 400 permanent employees and up to 600 during vintage, exporting to more than 70 countries.

Labor has revealed more details for it plans for its plan to boost support for the development of critical industries, building on its headline promise of up to $15 billion of capital to invest in job-creating projects through loans, equity and guarantees in resources. It has committed a billion dollars into a critical technologies fund to support AI, blockchain technologies, quantum computing, robotics, and software development. At the same time it will make $100 million available for a battery manufacturing precinct in Queensland, and a new, supportive Industry Growth Centre. The coalition has ended funding for the six existing growth centres but not announced any replacement policy.

The Federal government has announced a grant of $30 million for the Latrobe Valley Aquaculture project being developed by Opal Australian Paper. Opal and barramundi producer Mainstream Aquaculture Group, plan the world’s largest indoor bio-secure aquaculture facility for growing and processing sustainable Australian barramundi. Economics are assisted by co-location with Opal’s Maryville paper mill. The cutting-edge $125 million aquaculture project would create 263 direct, and produce more than 3,700 tonnes of premium barramundi annually for local consumption. MainStream Aquaculture would design and operate the facility, which would replace imports.

REACH aims for the bioenergy stars

REACH – the Recycling and Renewable Energy Commercialisation Hub – has been established as Australia’s largest recycling and clean energy advanced manufacturing ecosystem. Backed by a $50 million grant from the federal government’s Trailblazer Universities Program, the hub is based at Deakin University’s Future Economy Precinct, and aims to develop greener supply chains and business success. Deakin working with governments, industry and education partners aims to support a multi-billion-dollar bioeconomy in Victoria. According to Deakin; “Our researchers are pushing the limits of technological innovation to deliver energy and recycling solutions that reduce landfill, fossil fuel emissions and the devastating costs of global warming. Research-industry partnership projects will establish an Australian supply chain for the manufacture of advanced technology batteries with greater energy density and shorter charge times, build local capacity to store and use hydrogen, and convert organic and inorganic waste into higher-value products.