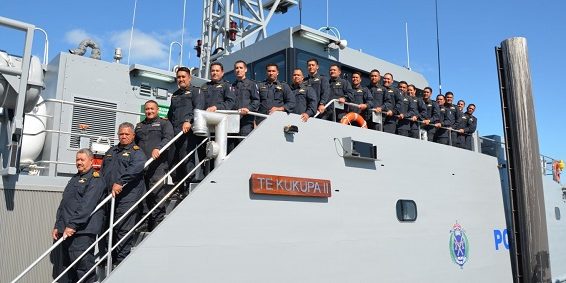 Western Australian Premier Mark McGowan has officially opened the Shark Lake Renewables Hub, marking the completion the Esperance Power Project. Horizon Power partnered with Pacific Energy to deliver the new integrated power system comprising of four megawatt (MW) solar farm, two 4.5MW wind turbines, a 4MW battery energy storage system, and a 22MW high-efficiency gas power station. This cleaner energy system, which is owned and operated by Pacific Energy, will feed into Horizon Power’s network and provide cleaner, greener power to the south east coastal town of Esperance. Nearly 50 per cent of Esperance’s total electricity demand will now be met by renewable sources. The system allows for the integration of new technologies over the life of the assets to ensure more renewable energy is added as it becomes available. The new Esperance power system is projected to save the state government $10 million annually.

The second round of the Recycling Victoria Business Support Fund is being delivered by the Circular Economy Business Innovation Centre (CEBIC) on behalf of the Victorian Government, with funding of $4.34 million to be awarded to projects. Grants of between $50,000 and $1 million are available for business case development and implementation-ready projects, including those that avoid waste of products and materials; extend the useful life of products; increase shared use, access, or ownership of products; and replace products with services. An information session is being held on June 7 at 3 – 4 pm (AEST) with registration and other information available at this link.

Perth marine gyrostabiliser manufacturer Veem has partnered with Singapore shipbuilder Strategic Marine and Southerly Designs in the launch of Strategic’s new aluminium 42m Gen 4 Fast Crew Boat. The vessel is fitted with the VG140SD gyrostabiliser which reduces vessel motion in heavy seas. Together with motion controlled gangways the vessel design is aimed at improving safety of crew transfer and vessel utilisation at offshore installations. To be delivered in 2023, the vessel will undergo joint demonstration trials and marketing efforts by the two companies.

Infant, toddler health and plant-based ingredients company Forbidden Foods has launched a range of long shelf-life plant-based meats following 12 months development. The products, branded under the company’s Sensory Mill brand, can be stored in an ambient environment for up to 24 months and rehydrated for use. Available in minced pork, beef and chicken and a burger mix they contain protein-textured pea protein and fava bean protein and flavours mimicking those of traditional meats. Not needing refrigeration, the new range opens up wider international distribution channels than competitors’ products. Initial launch will be via digital sales channels.