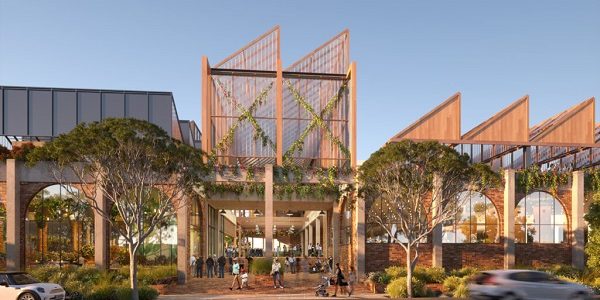 Perth’s South West Development Commission has progressed a bid to establish a ‘game-changing carbon neutral magnesium refinery’ at the coal mining city of Collie in Western Australia. With the nearby state-owned Muja and Collie power stations to be retired in response to massive uptake of renewables, a pre-feasibility study has been completed into the viability of building a state-of-the-art magnesium plant. Project proponents Magnium Australia aim to establish the world’s most energy efficient and low emissions production of magnesium metal utilising CSIRO technology. Magnesium ingots with purity greater than 99.8 percent would be produced to create lightweight metals and alloys for the aerospace and transport sectors. Titanium would also be produced. Now the state government will fund a $2 million initial feasibility study into the provision of magnesium hydroxide as a by-product of desalination. Last week the state announced a $200 million Collie Industrial Transition Fund to secure major new industrial projects for the region.

An urban development site that traces the history of car making in South Australia is to be recreated as a mixed use urban renewal project. Just as the Holden body building company became the basis for GMH, T.J. Richards & Sons Ltd and its motor body works on Anzac Highway in Keswick, Adelaide was the precursor to Chrysler, and later Mitsubishi car manufacturing. With manufacturing dating back to 1885, Richards was bought by Chrysler in 1947 and renamed Chrysler (Australia) Limited. A truck factory was opened at Finsbury, and the vehicle plant was relocated to Tonsley Park, which itself was bought by Mitsubishi in 1980. Now the Tonsley site is a high technology manufacturing hub and the Keswick site is to be redeveloped as ‘a dynamic food-orientated retail and residential community complete with South Australia’s first rooftop urban farm’ (pictured). As well as the usual apartments, town houses and market square, the $250 million development led by Commercial Retail Group will feature an Urban Green School campus for disadvantaged students run by Inc, providing 250 placements and a minimum 50 apprenticeship and traineeship places during first three years. The school will operate a student-tended rooftop Urban Farm practicing regenerative agriculture.

O’Connnor, Perth company Veratin Limited has launched the second new product in its Verigrow range of plant fertilisers. The new product, Verigrow foliar spray liquid fertiliser and soil improver, is a ready to use formulation suitable for all plants. It is particular aimed at indoor use due to ‘an absence of foul smell’, according to a company announcement. Executive chairman Dr Ramiz Boulod said: “Our target market for this product are busy customers without a lot of time on their hands.” Veratin specialises in developing high value, innovative products from raw waste wool, with the fertiliser stemming from wool’s high amino acid content. The company is developing shampoos and conditioners, neutraceuticals and a biopolymer. Veratin Limited is listed on growth company market, the National Stock Exchange of Australia.

A leading virtual-augmented reality research scientist is in Australia for defence company Nova Systems’ Visiting Fellowship programme, part of the company’s MoU signed last year with the University of South Australia. The director of the Human Interface Technology Lab New Zealand at the University of Canterbury Professor Rob Lindeman will work with UniSA’s Australian Research Centre for Interactive and Virtual Environments (IVE) this month. The collaboration between Nova Systems and academia will help identify avenues for further research collaboration. Nova Systems is one of the first commercial enterprises to support the UniSA’s Visiting Research Fellowship programme.

Electric Dreams Exhibition to be held next month

The newly-formed Electric Mobility Manufacturers Australia (EMMA) Inc. group has announced its launch event, the Electric Dreams Exhibition, which will run July 2 – 3 at Brisbane Showgrounds. The list of exhibiting members includes ACE Electric Vehicles Group, Nexport, eBusco, Savic Motorcycles, SEA Electric and others. A presentation of approximately 60 minutes will showcase the group’s members, feature special guest Everald Compton, and have Steve Blume of Australia’s Smart Energy Council as MC. According to a statement from EMMA, the group was conceived in February this year. A two-day adult ticket for the launch event is $35, and $20 for one day. More information on the event is available here.

AMC advisory board gets new appointment

The Australian Missile Corporation has named Tom Seymour to its advisory board. Seymour is CEO of PwC Australia, a team of more than 800 partners and 9000 staff over three businesses. AMC CEO Lee Goddard said that Seymour is an internationally respected business leader and strategist “who will bring extensive experience and insights to the AMC.” AMC, is a wholly-owned subsidiary of Australian munitions company NIOA, and one of three Australian-based Guided Weapons and Explosive Ordnance (GWEO) enterprise panel partners invited to work with global missile manufacturing giants Lockheed Martin and Raytheon in establishing a domestic industry.

Industry research firm IBISWorld has updated its calculations on the economic value of Australia’s biscuit makers in a report released on Friday. According to the company’s research, operators have posted “mixed results” over 2017 – 2022, growing 0.1 per cent annually on average. The sector is growing slower than manufacturing overall, and has been impacted negatively by “changing consumer dietary habits, volatile input prices and increasing external competition”. Biscuit manufacturing — estimated to be worth $1.1 billion and made up of 2,900 and 63 companies — has no major players with a market share of more than 5 per cent, and players including Snacking Investments Holdco Pty Ltd and Kinrise Pty Ltd. It is expected to grow 2.2 per cent in 2022. A snapshot is available here.