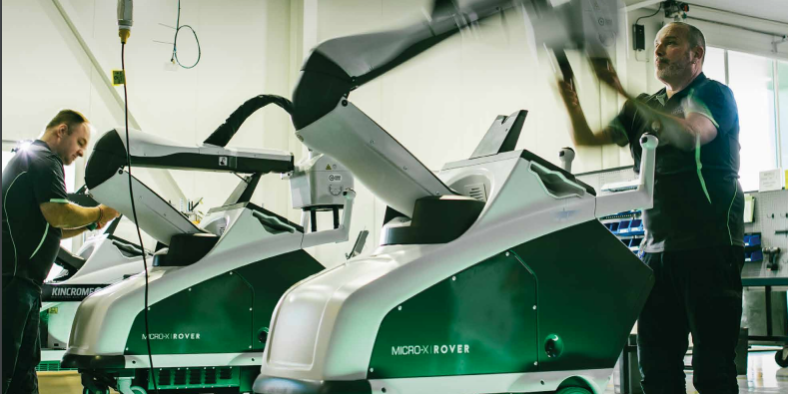 Traffic Technologies fails to declare a dividend in volatile year

Traffic light and road signage group Traffic Technologies has failed to declare a dividend in the 2020 financial year, booking earnings before interest and tax (EBIT) down 402 per cent to $11.4 million. Revenue was down eight per cent to $44.5 million. The results included an impairment of $10.6 million, a write down of goodwill reflecting weaker trading conditions. However the company told investors there had been an encouraging pick up in demand for its products, which reflect infrastructure spending by governments.

It might seem unlikely that the annual report of a company that lost $10 million dollars in the 2020 financial year should be titled ‘a commercial success’. Such is the road traveled by start-ups such as Adelaide portable X-ray machine manufacturer, Micro-X. Micro-X’s revenues were up 120 per cent to $4.3 million as its Nano, created around the world’s first carbon fibre nanotube X-ray emitter, gained market traction. Used in diagnosing the severity of Covid-19, the Nano is now available for sale to the military with the rugged Rover version (pictured). Micro-X is now developing a backscatter X-ray system for detecting explosives. In partnership with the French Thales group, it is combining backscatter and transmission X-rays for airport passenger baggage screening.

South East Queensland’s Intellidesign will assemble a next-generation Enhanced Tactical Computer Mark 7 in partnership with global defence supplier Elbit Systems, according to reports. Elibit, which is focused mainly on the US and Israel, is doubling the number of the ruggedised computers to be assembled in Australia through the link up. Elbit is also investing in its Brisbane capabilities to support delivery of the computer systems.

Metal additive manufacturer Amaero International has established its Adelaide and US manufacturing facilities and with $4 million in cash in the bank is poised to capitalise on defence and aerospace work. Reporting a net loss after tax of $5.8 million, CEO Barrie Finnin said: “We have invested capital in establishing our global facilities and in developing 3D printing solutions for our clients. With reduced operating expenses and a strong cash position, Amaero is well positioned entering FY21.” Amaero cut expenditures 30 per cent in the final quarter of the 2020 financial year.

New autonomous technologies for mine clearance capability in operations close to shore will be developed through a new five-year, $15 million R&D. The project is part of a partnership between Defence, Australia’s Trusted Autonomous Systems Defence Cooperative Research Centre (TAS DCRC) and Thales Australia. Researchers will design, develop, test and evaluate various teams of micro Autonomous Underwater Vehicle swarms and Autonomous Surface Vessels, to develop new systems for underwater mine detection and clearance.

Diverse engineering and manufacturing group Civmec grew revenues by 20 per cent in the 2020 financial year to $488.5 million as defence and mining facility investment recovered. Earnings before interest tax amortisation and depreciation (EBITDA) was up 60 per cent to $38.5 million. During the year the company invested in a new assembly and sustainment hall at its waterside complex at Henderson south of Perth. Borrowings were cut by $35.7 million in the year. The hall will be used to construct 10 offshore patrol vessels for the navy. The company’s order book stands at $900 million.