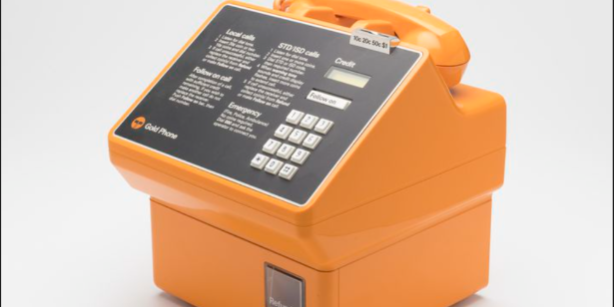 NERA opens way for energy companies to showcase their technologies

Industry growth centre National Energy Resources Australia (NERA) has opened a pathway for energy technology companies to the Global Clean Energy Action Forum (GCEAF) event in Pittsburgh in September. NERA has launched LETs Pitch Australia, a supply chain development program aimed at Australian businesses developing world-class technologies for energy transition. Three winning organisations will travel to the US to pitch their technologies to a global audience at GCEAF. NERA CEO Miranda Taylor said investment in technology combined with collaboration must be a top priority if we are to achieve the scale of decarbonisation needed to meet global emissions targets. “We need to get to net zero as fast as we can, while recognising the world also needs access to decarbonised, reliable, and affordable energy that also meets the highest standards of environmental protection and safety.” Details here.

Leading industrial designer Paul Schremmer OAM has passed away aged 92. Paul was one of Australia’s most celebrated, and was responsible for designing iconic objects from Victa lawnmowers to the Telecom/STC Gold Phone (pictured) which was widely used in Australia from the 1980’s until 2006. and public telephones to hand dryers and toothbrushes. He is a Design Institute of Australia Life Fellow, and received Good Design Australia’s highest honour the Australian Design Prize. Schremmer will be greatly missed by his wife Pamela, daughters Lisa Schremmer and Robyn (Schremmer) Crick and granddaughter Amelia Schremmer.

The National Association of Testing Authorities (NATA) CEO Jennifer Evans has been elected chair of the Asia Pacific Accreditation Cooperation (APAC), the regional accreditation body managing a mutual recognition arrangement (MRA) among accreditation bodies in countries including the USA, Canada, China and India. This MRA facilitates the acceptance of conformity assessment results – test reports, test certificates, inspection reports, and certification – across the region and with other regions around the world. Previously vice chair of APAC, Ms Evans commenced her three-year term at the completion of this week’s APAC’s general assembly. Ms Evans has been involved in accreditation and quality infrastructure at NATA for more than 35 years and has been NATA’s CEO for the past 11 years.

Five homes to be 3D printed for indigenous Australian families

Australian 3D printing building and construction company, Luyten has signed a deal with the Ilpeye Ilpeye Aboriginal Corporation (IIAC) to build five 3D printed homes in the Northern Territory. The houses will be built using Luyten’s 3D printing technology which has ‘garnered international acclaim and attracted the interest of multinational building companies across the globe’, according to the company. The deal will see Luyten commence building the structures in August this year using Luyten’s largest printer, the Platypus X12. The company designs and manufactures custom large-scale three dimensional construction printers for domestic and commercial construction. Since launching, the business has forged a key partnership with the University of New South Wales, to build structures and base camps on the moon and on other planets including Mars.

The Electric Mobility Manufacturers of Australia (EMMA) will be formally established on 2 July to represent the interests of manufacturers who are seeking to embrace the future of electric technology and make Australia a leading manufacturer in this space. EMMA is committed to working in partnership with governments to change the way that electric vehicle manufacturing currently operates. The electric vehicle industry has the potential to create new jobs, improve air quality and save on fuel. Members include: ACE Electric Vehicles, AUSEV, eBusco, eMos Mobility, FonzMoto, Janus Electric, Jaunt Motors, Nexport, Oz DIY Electric Vehicles, Savic Motorcycles and SEA Electric.

Ampcontrol has announced the new Board of Directors following the acquisition by investment house Washington H. Soul Pattinson and Company Limited (WHSP) which will be finalised on 1 June 2022.

The first meeting of the new Ampcontrol Board took place on Monday 20 June 2022 in the Hunter Valley, NSW where innovation within the Ampcontrol Group was the key focus.