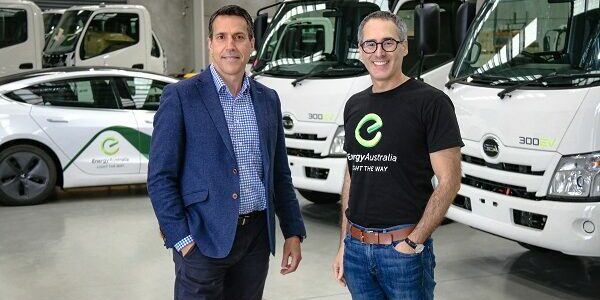 A prototype system for harnessing power from ocean waves designed by Flinders University researchers delivers a robust generator made from recycled material that promises to help address small-scale local energy requirements and environmental pollution issues with further R&D, according to the university. The ‘green machine’, designed around a wave-driven triboelectric nanogenerator (WD-TENG for short) model, integrates two small generators inside a recyclable tube to make cost-effective electricity in water from continuous immersion in waves. A new study published in the journal Nano Energy, by researchers at Flinders University and Beibu Gulf University in China, shows “the potential to provide electricity to remote or rural properties close to the coastline, or on islands.” The next step is to test the design in a watertank system, which integrates a self-designed wave creator to simulate actual ocean conditions as much as possible, before the devices are to be tested at local metropolitan beaches.

Construction began on Tuesday for the first of 24 new electric vehicle chargers in Western Queensland. State transport minister Mark Bailey said contractor Yurika was onsite in Kingaroy to construct and commission the first charger of the Phase 3 rollout. “Electric vehicles are finding their place on Queensland roads, with more than 10,000 now registered,” Bailey said. “Queensland’s Electric Super Highway is currently positioned in 31 locations and is now expanding to a further 24 across the interior of the state to make travelling with your EV even easier. First stop is Kingaroy, soon to be followed by Longreach, Barcaldine, Blackall, Charleville, Miles and Stanthorpe.” The rollout is expected to result in a Super Highway up to 5,400 kilometres long.

Mitsubishi Heavy Industries Air-Conditioners Australia (MHIAA) has appointed two key members to its senior management team. As of 01 July, Carrie Che was appointed in the role of General Manager, Finance and Accounting and Company Secretary and Rita Doulkeridis is appointed in the role of General Manager, Operations. “Both employees have been with the company for several years and have worked their way up the ranks – testament to their work ethic,” the company said this week.

Energy generator and retailer EnergyAustralia announced a strategic partnership with SEA Electric on Wednesday — covering energy, charging infrastructure and other fleet needs — in a move they say will assist in accelerating the transition to clean energy for the nation’s truck fleets. Jack Kotlyar, the Head of NextGen at EnergyAustralia (pictured) said it would mean an “end-to-end solution” for electric transportation. “When you get your electric truck from SEA Electric, you need a way to charge it,” he explained. “This is where EnergyAustralia can help, providing electric vehicle charging infrastructure for your depot. Plus, we can provide expert advice on a range of other aspects which involve unique considerations in the case of e-fleets.” SEA Electric assembles electric trucks in Melbourne. “By understanding a business’s energy needs, now and into the future, EnergyAustralia can provide an appropriate plan that will ensure there is adequate energy to power an entire fleet of EVs, with the right charging and energy transmission infrastructure in place.

The Australian Stainless Steel Development Association named the winners at its 2022 Fabricator Project of the Year Award last month. The three winners were Arcus Wire Group in the Architecture, Building and Construction category; Pure Piping in Food, Beverage and Pharmaceutical; and AWMA Water Control Solutions in Process Industries. “Congratulations to the award winners, and all other Members who participated in the awards program: Fabmetal Specialists, Leviat, Synergy Engineering, Stoddart, AirEng, Fineweld Stainless Steel and Stainless Tanks Australia,” said ASSDA in a statement.