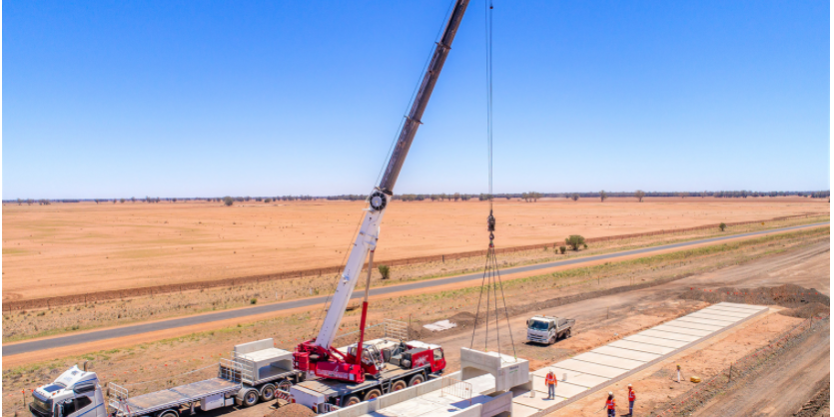 The completion of the first section of the Inland Rail linking Melbourne and Brisbane was marked with a ceremony at Peak Hill. The 100-kilometre Parkes to Narromione section in Central West NSW will be followed by construction between Narrabri and North Star which will begin later this year. Steel, concrete sleepers and culverts (pictured), and rail fittings were all sourced in Australia. The 1,700km railway will include 1,200km of upgraded tracks and 500km of new sections.

Nerve technology developer Orthocell’s CellGro products are now being used in Australia to treat 300 nerve, tendon and cartilage damaged patients under special access granted by the Therapeutic Goods Administration allowing use of new treatments before final approval. CellGro, which facilitates the regeneration of severed peripheral nerves, is also being used for dental maxillofacial bone repair. Data collected will help evaluate the safety and efficacy of CenGro.

Biopharmaceutical company Bionomics is advancing studies of its BNC210 drug ready for trials in the treatment of post-traumatic stress disorder (PTSD). Large-scale manufacture of the drug has been contracted to allow a Phase2b trial. Meanwhile, Phase 1 safety clinical trials have been completed by the company’s partner, Merck & Co, on a separate molecule being evaluated for the treatment of cognitive defects in Alzheimer’s sufferers.

Vanadium battery chemical supplier Australian Vanadium has signed a collaborative agreement with battery manufacturer CEC VRFB Co. Ltd of Guizhou Province, China, to supply it with vanadium pentoxide and electrolyte for its vanadium redox flow batteries sold worldwide. The company will also further develop and sell the residential version of the battery and sell it in Australia. VRFB’s first grid-connect ready 5kW/30kWh residential battery will be delivered to Fremantle in October.