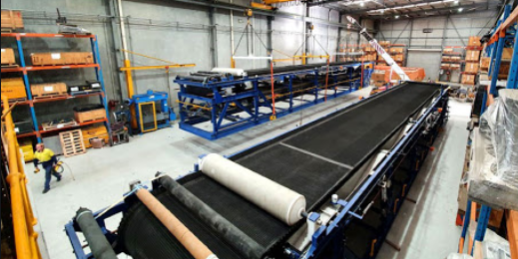 Biotech manufacturer Pharmaxis’ Bronchitol cystic fibrosis treatment has finally paid off for the Sydney company. Pharmaxis, which has had a rocky road commercialising its breakthrough drug, has received a $7 million payment from its Italian partner and US market licensee Chiesi Farmaceutici. The payment was triggered by US Food and Drug Administration approval for the drug, which is inhaled into the lungs in a powder form. Pharmaxis is also developing drug candidate PXS-5505 for the treatment of myelofibrosis.

A family-owned soft drink business located in Bundaberg has seen a massive increase in export sales, according to a report by the Australian Made Products Facebook group. After agreeing to a distribution deal with PepsiCo, Bundaberg Brewed Drinks has its drinks stocked in Walmart and Costco stores around America. Due to growth, the company will start construction of a $100m factory to meet the demand.

Drone countermeasure manufacturer DroneShield has booked a record fourth quarter for 2020, with $2.1 million of customer cash receipts and $250,000 in grants. At the same time the comany, which operates a factory in Sydney, has received a follow up order for its DroneGun Tactical hand-held counter-UAS products from an intelligence agency in a closely allied nation. The order is for $400,000 and is a follow up order on an earlier $900,000 purchase. CEO Oleg Vornik said: “This order demonstrates adoption of our products at a mature sales cycle level, where ongoing repeat orders of meaningful scale start to occur.”

Perth’s Veem Ltd has reported steadily growing sales for its marine stabilisers. The company has orders for $3.9 million worth of stabilisers for luxury yachts and offshore work vessels. The systsm allows boats to remain at sea in extreme weather conditions.