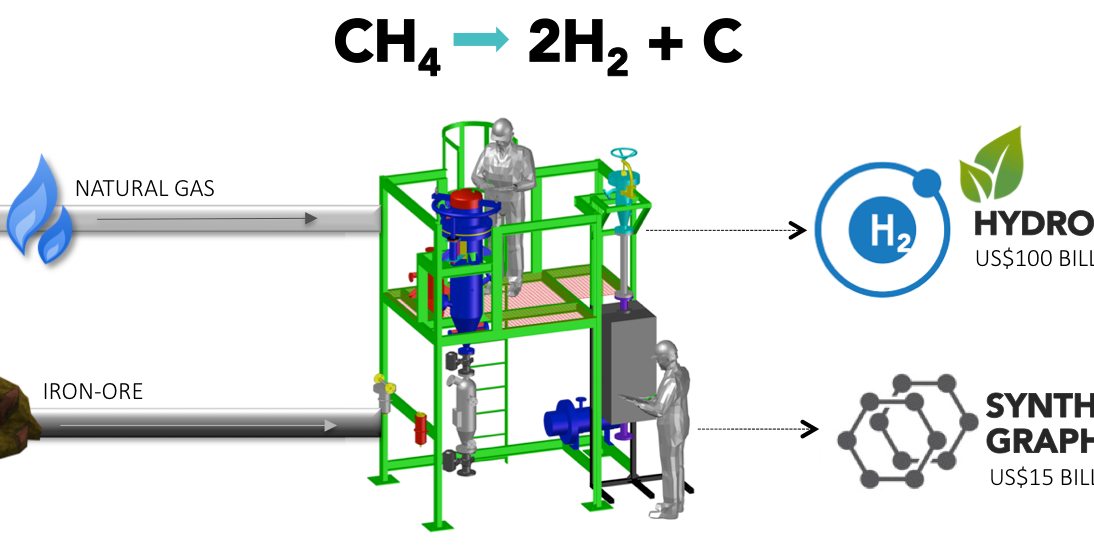 Hazer Group presses ahead with hydrogen and graphite pilot plant

Technology development company the Hazer Group is pressing ahead with the development of a pilot plant to prove its Hazer process, a low-emission hydrogen and graphite production technology (main image). The Perth company told investors detailed engineering design of its 100 tonne per annum commercial development project (CDP) had progressed to 65 per cent completion with orders placed for most major equipment. Design of the reactor and associated heating system remains to be completed. The CDP will utilise biogas from the Water Corporation’s Woodman Point waste-water treatment plant in Western Australia as a feedstock. Hazer has $28.8 million in financial reserves and has received $9.4 million in funding from ARENA to support the pilot plant build.

Drone detection and countermeasure manufacturer DroneShield has recorded its best December quarter sales ever of $2.1 million along with $250,000 in grants received. The company, which manufactures internationally including in Sydney, has an order book standing at $13 million. DroneShield expects changing U>S> foreign policy to be a positive for the compoany.

Bio-technology developer Cellmid has received its first orders from new Chinese distributor Ourui Healthfor its Jo-Ju and Lexilis branded anti-ageing hair care and skin products. The first delivery, of 66,000 bottles of Jo-Ju shampoo, comes as the company reported revenue in the first half of the year of $1.8 million. Sales were down because of reduced airtime on its directing marketing show airtime.

Major South Australian structural steel manufacturer SA Structural has gone into administration, threatening 200 jobs. The company is constructing the electrification of the Gawler commuter rail line in Adelaide, and had appealed without success for state government assistance. The company was involved in the construction of the new Royal Adelaide Hospital and expansion at the Osborne naval shipyard.