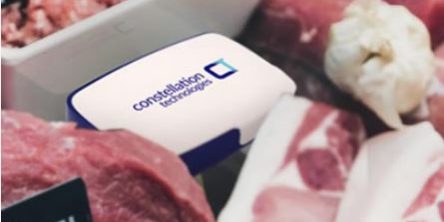 Industrial internet of things hardware and software systems provider Constellation Technologies has entered into a number of new sales contracts incluiding in China. An update from the company revealed the company had been awarded four contracts for wastewater applications and a wetlands monitoring application in China. The company’s MeridianCT platform has been deployed to a road network in Australia and its temperature monitoring product (pictured) has been further rolledout to Monash University. The company is also pursuing new business in the United States and India.

Osteopore to cooperate with Terumo Blood and Cell Technologies

Bone healing technology company Osteopore has agreed to cooperate with device group Terumo Blood and Cell Technologies to cross promote and sell each other’s regenerative products in the Asia-Pacific region. Terumo’s products will be used to concentrate a patient’s bone marrow for mixing with Osteopore’s bone scaffolds which assist in tissue and bone regeneration. Osteopore’s products will be available through Terumo’s network of blood centres, hospitals and clinics as well as to researchers.

Nutritional dairy product manufacturer Wattle Health Australia has reported cash receipts up 44 per cent in the December quarter on the previous corresponding period to reach $345,000. The company expects continuing sales rises following its distribution agreement with pharmacy owner Australian Pharmaceuticals Industries. Orders have been received from API for January and February. The company reported a cash loss for the quarter of $1.6 million.