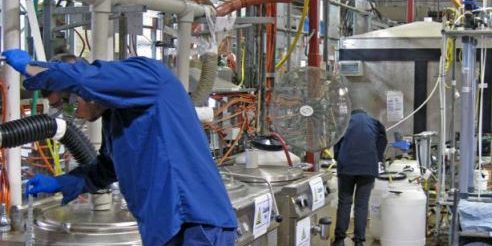 Lithium Australia has been granted patent protection in the United States and Australia for its SiLeach process which unlocks the value in lithium-bearing clays and micas. The process can produce lithium hydroxide, lithium carbonate and lithium phosphate which is used to produce lithium-ion batteries. The process is also being considered for protection in Europe. The company operates a pilot plant (pictured) at the Australian Nuclear Science and Technology Organisation reactor at Lucas Heights.

Water and wastewater treatment company De.mem has won a $550,000 contract for water treatment equipment for an Australian power station, the second such contract in recent months. The Singaporean-Australian manufacturer will supply equipment under the latest contract to diversified generator and retailer AGL Energy. In September the company announced a similar power station contract worth $400,000. De.mem CEO Andreas Kroell said the Australian power industry was a highly attractive sector as it required large volumes of quality water for boilers, turbines and cooling towers.