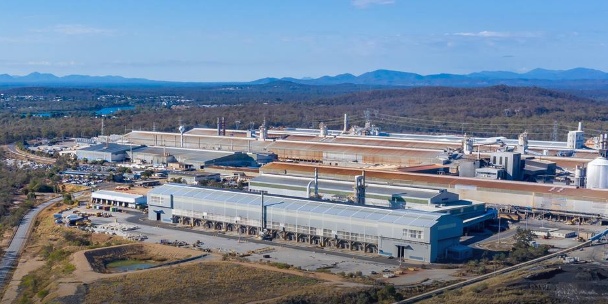 Food supplement manufacturer Eagle Health Holdings is the ltest Australian-listed company to attempt to profit from the outbreak of coronavirus. The company has teamed up with hand sanitiser manufacturer Zoono to distribute its products, and has begun making face masks at its factory in Xiamen, China. Eagle’s first order is for 3.2 million masks.

Resource giant Rio Tinto has announced it will invest $1.5 billion over five years as t moves towards zero net carbon emissions in its operations, exposing its energy-intensive aluminium smelters to scrutiny. Either a sell off is on the cards of smelters in Queensland and New South Wales, or Rio is abut to become a major new customer of renewables. Waiting in the wings is Liberty steel owner Sanjeev Gupta, who has indicated an interest in buying, and greening aluminium smelters in Australia.

Dental appliance manufacturer Oventus has revealed a $40 million sales pipeline for its ‘lab in lab’model selling its O2 Vent Optima device, which aids breathing during sleep, in the US market. Eleven groups have signed to allow dentists to scan sleep apnea patients mouths to be fitted with the Oventus device, and the company is in discussion with a further 59 groups.

The federal government has announced $68.5 million in funding for the Reliable Affordable Clean Energy for 2030 Cooperative Research Centre (CRC.) According to the federal government, the new CRC had also attracted $280 million in cash and in-kind support. The program will support development of clean energy technology that is “stable and economically viable.”

"By supporting manufacturing and production ecosystems to become more resilient, sustainable and inclusive, we can enable manufacturers and their ecosystems [to drive] a new wave of booming global economic and social prosperity"

“over time [waste] won’t be considered waste at all,” says Wayne Best of @nanollose.

"At some point, people may want some money for it... we might be competing with other types of technologies.”