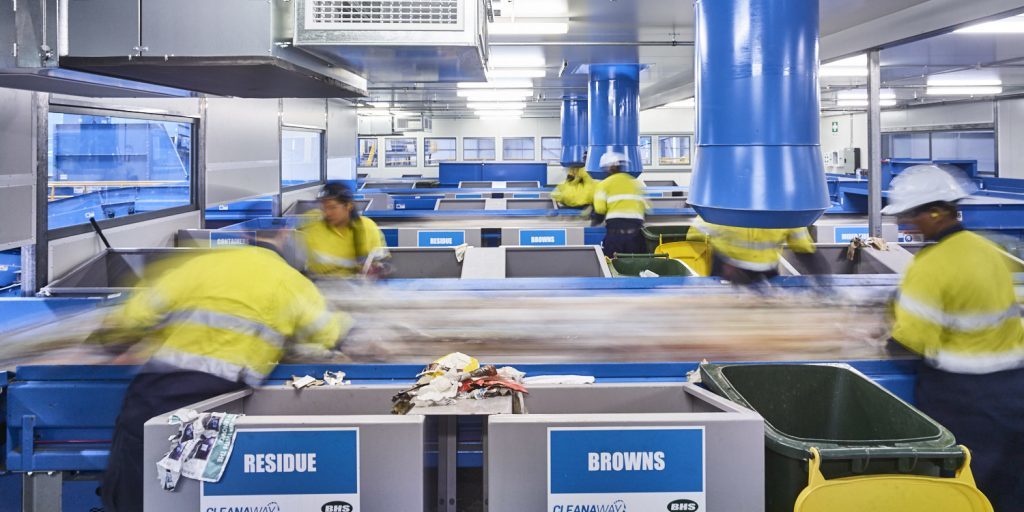 Melbourne contract manufacturer Cell Therapies has been given Therapeutic Goods Administration approval to manufacture Novartis’ chimeric antigen receptor T-cell at its facility at the Peter MacCallum Cancer Centre. The one-off treatment for blood cancers involves removing cells from the patient, reprogramming them and infuysing them back into the body. The treatment was pioneered at Novartis’s facility at Morris Plains, New Jersey.

The Australian Nuclear Science and Technology Organisation’s nandin Innovation Centre has joined an international network created to increase cross industry collaboration and co-creation. nandin, meaning look ahead in the local Dharawal language, was created in 2018 to drive cultural change through innovation. nandin has now joined the Design Factory Global Network (DFGN), an organisation with 31 members spanning 24 counties. The expansion is being funded by a $12.5 million grant provided by the NSW Government.

Cleanaway cleans up in waste management

Cleanaway Waste Management has reported a record underlying EBIT of $132 million for the half year to 31 December, a rise of 3.9 per cent on the previous corresponding period. Higher solid waste services business offset lower revenues from industrial sources, delivering the company stable revenue of $1.07 billion for the half. The result continues a string of good results which have seen net profit after tax increase by a compound 22.7 per cent annually since FY15. The company told investors that in the past four years Cleanaway it had cut total recordable injury frequency from 10.8 to 4.1.

Modular data centre manufacturer DXN has reported an EBITDA loss of $225,854 in the first half of the financial year on sales up 65 per cent to $4.1 million. A focus on reducing operating expenses saw gross margins ri9se from 22 per cent to 35 per cent as a restructuring of the business continues. “We are seeing positive results with regards to cost containment and improved efficiencies being achieved at DXN’s new manufacturing facility,” DXN told investors. The company secured contracts worth $3.6 million in the half.

Graphene product developer First Graphene has reported a loss of $2 million in the first half of the financial year as it continues its commercialisation strategy. The company reported revenues of $92,372. During the half First Graphene’s PureGRAPH products were incorporated into a high-density polyethylene to demonstrate its strength, wear resistance and longevity.

Biotechnology company Medlab has signed a distribution agreement for its NanoCBD cannabinoid treatment for chronic pain and disease. The company has signed a heads of agreement with Arrotex Australia Group for the development and distribution of the formulation for Australian pharmacies. The agreement aims to speed development of an application to the Therapeutic Goods Administration for approval of NanoCBD as a pharmacist only medicine.

Semiconductor technology company 4DS Memory has announced positive results from its ‘second non-platform lot’ production of memory chips, achieving key memory characteristic s in terms of speed, endurance and retention. The company, which operates from facilities in Silicon Valley has been developing a non-volatile computer memory technology called interface switching ReRAM for next generation gigabyte storage memories. The latest production run, at the imec facility in Belgium, produced functional device wafers for the first time, the company told investors. “The results are expected to pave the way for 4DS and its partners to pursue their strategic objective of fabricating wafers with chips that operate as fully functional megabit memories.”