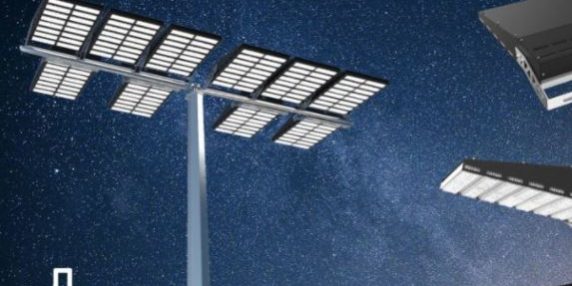 Medicinal cannabis producer Cann Group has reported sales of $1.1 million in the first half to December 31, at the same time giving further details of a previously announced cyber attack. The company reported an operating loss of $9.4 million despite dispatching initial orders to a number of international customers. During the half Cann raised $54.5 million from investors. The company expects full year sales of up to $10 million.

Swan Hill, Victroria LED lighting manufacturer Legacy Lighting has released its Legacy Invictus (pictured) system for LED sport and industrial lighting. The result of extensive of designing, prototyping and testing the 400-1500W LED modular fitting features improved spill control along with a 10 year warranty and a larger range of optics. Remaining true to its asymmetric beam spread, the Invictus has been designed around the Dark Sky guidelines as well as AS2560 and AS4282-19 for optimal on-field performance.

LBT Innovations sales are up strongly

Microbiology diagnostic device manufacturer LBT Innovations has reported a loss of $3.3 million in the first six months of the financial year, down five per cent on its result in the previous corresponding period. The company reported sales up 68 per cent to $1.3 million. LBT is commercialising its APAS Independence laboratory instrument, an imaging, interpretation, sorting and reporting machine that automatically examines culture plates for the presence of bacterial colonies.

Next Science sales of $3.4 million

Wound care technology developer Next Science has revealed an $11 million loss for the half year, 17 per cent down on the previous corresponding period. The company reported revenues down 15 per cent to $3.4 million of its Bactisure wound wash, BlastX anti-microbial wound gel and SurgX hospital product.