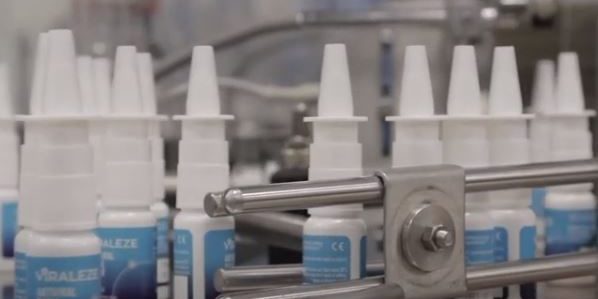 Drug development company Starpharma’s Viraleze anti-viral nasal spray has been registered for sale in Europe and the United Kingdom. Viraleze has been shown in tests to inactivate a broad spectrum of respiratory viruses, including coronavirus SARS-CoV-2 and influenza. Initially the product will be sold online, with first sales next month. Manufacture of launch batches is underway (pictured). The company is pursuing registrations in other countries, including Australia.

Leigh Creek Energy has begun the commercialisation phase of its in situ coal gasification project at the former Leigh Creek coalfields in South Australia. The company has begun a recruitment programme and has recently attracted senior executives including Chief ISG Technologist, Jim Zhang a former vice director of underground coal gasification research at China University of Mining and Technology. The company has appointed inGauge Energy to develop initial gasification wells and Prudentia Process Consulting who are managing development of a 5MW gas fired power plant.

Vitamin and health and beauty products manufacturer Star Pharma Combo has reported reduced sales for the half year to 31 December due the impact of Covid-19 on retail sales online and in store. The company reported a net profit after tax of $503,000, an improvement of $1.7 million from the previous corresponding period. Revenue was down 31 per cent to $14.7 million. During the half Star Combo established a contract manufacturing service, while the Therapeutic Goods Administration extended its approval to the company to manufacture liquids.

Advanced technology group Archer Materials has reported successful electronic transport in its development of a quantum computing qubit processor chip. The company was able to measure current and voltage ‘traces’ on single qubits, two-cubits and cubit clusters. Qubits are the basic unit of quantum information in emerging computers which store information at a sub-atomic level.