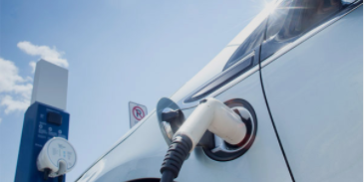 Surface chemistry company AnteoTech has joined industry and academic participants in the super anode project under development at the Future Battery Industries Cooperative Research Centre. AnteoTech will provide silicon composite materials to the project, based on its AnteoCoat nano-film binder technology. The binders aim to increase storage capacity and aid low-cost, volume production. The company is best known for its development of a disposable immunochromatographic test for the detection of SARS-CoV-2.

The Naval Shipbuilding College and industry is rolling out new naval shipbuilding ‘taster course’ which will open up pathways to gaining employment in the sector. The online course, to be delivered through TAFE SA will be available across the country and introduce students to key concepts, terminology and projects underway. By 2030 what is called the National Naval Shipbuilding Enterprise will employ about 15,000 people from trades to PhDs.

Traffic light, signage and road management systems manufacturer Traffic Technologies has been awarded a contract to supply 100 electronic road signs from the Victorian Road Authority and local government customers. The contract, worth $1.3 million is for signs which warn motorists of mandatory reduced speed limits in schools and shopping areas in suburban Melbourne. The sales include hardware and associated software systems.

China export specialist Jatcorp has received approval to sell in China its first cosmetics product, Poupin Silky Brighten Revitalizing Serum. The product has been approved for sale in department stores and cosmetics outlets and will be promoted by the company’s Chinese JV partner in China, JWR. Meanwhile JAT has appointed Hainan Xinwang to be its exclusive distributor in the Hainan Tax Free Zone through its Easy Joy International stores on the island. JAT’s subsidiary Sunnya Ltd has also begun selling its Neurio milk products in the Singapore market.