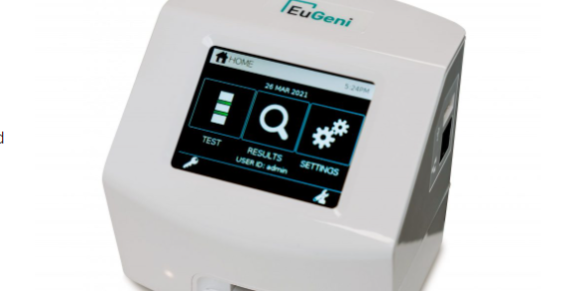 Surface chemistry group Anteotech has received commitments from sophisticated investors to raise $12 million in new capital, and now plans a $4 million share purchase plan from existing shareholders. The company, best known for its nano-coating technology for battery lithium, will use the proceeds to scale up the roll-out of its EuGeni reader (pictured) and in vitro rapid diagnostic test for Covid-19. Anteotech has energy and life sciences divisions.

Surgical, examination and work glove manufacturer Ansell expects second half year profit to grow faster than the previous corresponding period’s 24.5 per cent growth on the back or strong demand for personal protective equipment. The company has been expanding capacity at its overseas manufacturing plants and is experiencing only limited Covid-19 production disruptions. Ansell has been able to achieve price increases for its gloves, which have been hit by higher raw material and outsourced supplier costs.

ABT third quarter sles up as growth accelerates

Specialist vehicle brake manufacturer Advanced Braking Technology reported sales of $2.3 million in the March quarter, a 19.1 per cent rise on the previous corresponding period. The company achieved record March sales of $1 million and a 5.5 per cent margin increase to 51.1 per cent, lifting unaudited earnings before interest, tax, depreciation and amortisation (EBITDA) of $620,000. The company revealed two new customer trials were underway of its Terra Dura sealed brakes, which are commonly used in the mining industry.

Mining company Hexagon has completed the purchase of Ebony Energy and will proceed with a coal gasification project in the Northern Territory to produce blue hydrogen. The company will develop the Perdirka blue hydrogen project and said the project would have zero emissions. Hexagon welcomed recent federal government commitments to fund hydrogen and carbon capture and storage projects. Production is destined for export.

Electrochemical test developer Universal Biosensors has announced a distribution deal for its Sentia wine testing device in South Africa. Vicard SA will distribute Sentia to its network of 500 winery customers. Sentia tests for glucose, malic acid and other components of wine.

20 organisations have shared $4 million in Moon to Mars Demonstrator Feasibility grants supporting projects ranging from university testing facilities to the development of a Lunar Construction Rover and an in-space chemical thruster.