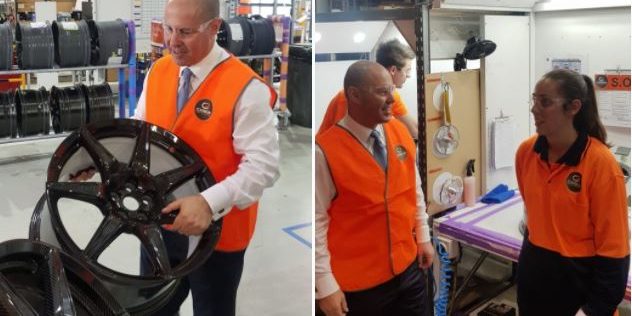 At an investor information day Treasury Wine Estates, the maker of Penfolds wines, revealed its profits were recovering following a period affected by the Covid-19 pandemic and the imposition of punitive import tariffs by China. The company told investors its second half operating profit in FY21 would be in a range between $495 million and $515 million, higher than analysts’ expectations. At the mid-range of expected profit, this represents a 33 per cent gain on the previous corresponding period. The company is continuing a process of premiumisation of its sales mix, and is undertaking a global supply chain optimisation program which is expected to deliver savings of at least $75 million a year by FY23. Penfolds is targeting an operating profit margin of 40-45 per cent, Treasury America 25 per cent, and Treasury Premium Brands in the high teens. Treasury also announced a commitment to 100 per cent renewable electricity by 2024 and net zero emissions by 2030.

Iron ore miner Fortescue Metals Group has announced it will build batteries at its Pilbara operations with total capacity of 42MW and 13MWh. Built alongside 150MW of solar and 150MW of new gas-fired generation the are part of a $700 million project to move the company towards its goal of zero emissions. Pacific Energy will design and build the batteries and generators with the system scaled to support supply of large scale renewable power in future.

Treasurer Josh Frydenberg (pictured) and Senator Sarah Henderson visited the Geelong plant of one piece carbon fibre road wheel manufacturer Carbon Revolution on Friday (pictured). James Douglas, chair of Carbon Revolution, welcomed the pair to the plant, which is being massively expanded to meet booming orders from its prestige car manufacturer clients. The company is raising $95 million and will build its first mega-line production line to supply four new vehicles.

Lithium ion battery materials group Lithium Australia’s VSPC subsidiary has produced lithium manganese ferro phosphate (LMFP) cathode powders of advanced and consistent quality for use in lithium-ion batteries. Produced at VSPC’s Brisbane pilot plant, LMFP has an energy density significantly greater than that of standard lithium ferro phosphate (LFP) powders. The new product will be made available to a number of existing battery manufacturer clients for testing in June. Both LMFP and LFP, also produced successfully by VSPC, contain about 20 per cent less lithium per unit of electrical energy than nickle/cobalt. Lithium Australia has developed its own technology to produce lithium from fine and waste materials.

Traffic light and control systems manufacturer Traffic Technologies has agreed to purchase the intelligent transport systems (ITS) business of Brisbane-based Artcraft for $750,000 cash. The business, which designs, develops and manufactures electronic road signage and software systems, has an annual revenue of $4.9 million. TTI managing director Con Liosatos said the purchase would significantly enhance the company’s position in the ITS and ‘smart city’ markets. “Electronic information displays represent a value proposition for state road authorities and local councils and are being increasingly used for traffic management on congested roads…Static road signs and street signs are no longer enough to provide motorists with the right information when they require it.”

The Federal Government’s budget failure to invest in STEM misses a major opportunity to boost productivity and innovation at a time when both are needed to boost Australia’s economic recovery. Professionals Australia CEO Jill McCabe said the 2020-21 Federal budget, while spending heavily, failed to adequately invest in STEM workforces and capabilities, which would have important flow on benefits for the entire economy. “Despite accumulating a national debt of almost one trillion dollars by 2025, this Federal budget invests little in STEM workforces or improving capabilities.”

Independent modelling performed for Perth biotechnology group Proteomics International Laboratories suggests major savings from the use of its type two diabetes test. The company said use of its PromarkerD testing could save US health authorities US$862 over four years, a finding that improves the likelihood of the test being reimbursed. The PromarkerD test costs US$150 per test. The savings come primarily from slowing the progression of diabetic kidney disease against the cost of increased testing and preventative medicine. There are 31 million diabetics in the US.