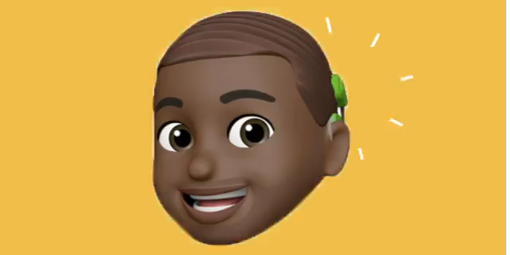 Finally an emoji featuring an Australian made product

It has been a long time coming, but Apple has announced the creation of its first emoji to feature an Australian made product. The emoji (pictured), to go live soon, features a character fitted with a cochlear implant. Professor Graeme Clark invented the multichannel cochlear implant 40 years ago, collaborating with entrepreneur the late Paul Trainor who commercialised it. Trainor’s Nucleus business, which manufactured heart pacemakers, incubated the product, which led to the spin off of Cochlear Ltd.

Medical laser and ultrasound device manufacturer Ellex Medical Laser’s treatment for glaucoma and ocular hypertension has been highlighted in a study published in the prestigious journal, The Lancet. The LiGHT trial found the company’s selective laser trabeculoplasty (SLT) was a preferred first-line therapy for glaucoma versus the use of eye drops. Since its approval by the Food and Drug Administration in 2002, SLT has been used as first-line treatment and as adjunctive treatment, reducing patient non-compliance and retaining quality of life. The Ellex business, including manufacturing operations in Australia, was recently taken over by French company Quantel Medical, with the remaining Australian businesses relaunched as Nova Eye Medical.

Defence and space manufacturer XTEK has taken delivery of a Milrem Robotics Themis system (pictured) at their Adelaide factory where it will be modified for display at the Land Forces 2021 exhibition in Brisbane in June. Nicknamed ‘Millie’, the Estonian manufactured robotics system is being widely tested in Australia, including being mounted with an Electro Optic Systems’ remote weapons station. XTEK supplies Australian forces with remotely operated systems including for Explosive Ordinance Disposal.

The Victorian Government will build 25 new X’Trapolis 2.0 trains for the public rail network at a cost of $986 million. Thursday’s 2021-2022 Victorian State Budget set aside the funds to modernise the train fleet while creating around 750 local jobs. The trains will be made by Alstom in Ballarat, and will run on the Craigieburn, Upfield and Frankston lines in Melbourne. The existing Comeng fleet will be gradually replaced by the new trains. The Craigieburn train maintenance facility will also be upgraded.

Forbidden Foods has launched a range of edible oils under its FUNCH brand. FUNCH, which has a focus on infant and toddler health and nutrition, launched the new range into the baby seasoning category. Enhanced with DFHA Omega-3 oils, they fortify meals with essential nutrients for early cognitive development, according to Forbidden Foods.

ECS Botanics has launched a range of wellness products made from terpene blends suspended in Tasmanian Cannabis Sativa seed oil. Cronos Australia will distribute the company’s CB1 and CB2 terpene blends. Terpenes are a group of hydrocarbons giving plants including cannabis, conifers and citrus trees their characteristic scent. In medicine they are known for anti-microbial, anti inflammatory, anti-irritant and analgesic qualities. The new products were formulated in association with Alibaba based on trends in its e-commerce channel Tmall Global store. The products are available online in Australia and in China via Tmall Global.

Alcoa has been awarded $11.3 million by the Australian Renewable Energy Agency to trial steam production by renewably-powered compression instead of gas-fired heating at its Wagerup alumina refinery in Western Australia. The technology, which aims to cut emissions by 70 per cent, uses mechanical compression to turn waste vapour in to steam will be studied as part of a $28.2 million trial. If successful, Alcoa plans to install a three megawatt system at Wagerup by 2023. Alcoa, WA’s largest consumer of gas, has filed for patent protection in Australia for the use of the technology in alumina refineries.

Biotechnology company Medlab Clinical will prioritise the synthetic formulation of its lead non-opioid pain relief candidate NanaBis. The drug, utilising a synthetic cannabinoid and Medlab’s NanoCelle drug delivery technology, will be tested in a Phase 3 clinical trial for the relief of bone cancer pain. Synthetic formulation is understood to be preferred by the US Food and Drug Administration and allows industrial scale production. Medlab CEO Dr Sean Hall said: “Our clinical work over the past year has recently revealed a synthetic formulation will allow us to more closely control product development variables that could otherwise impact…manufacture and delivery of a pharmaceutical product.”

Global cannabis-based medicinal cannabis producer Creso Pharma has entered the Polish market as well as announcing a new hemp flour-based Anibidiol swine product. The company’s pet and livestock health products, manufactured in Australia and Switzerland, will be distributed by Polish company, Polvet Healthcare Teodorowski Spółka Jawna. Used to reduce animal stress, the products have been complemented with the launch of Anibidiol feed additive which is designed to improve the wellbeing of pigs.