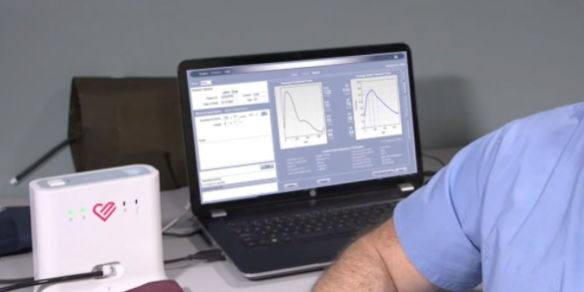 Health care monitoring company CardieX has split into two divisions as it moves to commercialise five products in development (pictured). The company has developed PPG sensors to allow blood pressure monitoring with a touch, and a home blood pressure monitor and wristband for vascular patients. CardieX has a new consumer brand subsidiary CONNEQT. CardieX’s ATCOR Medical will focus onclincal markets.

Australia has agreed to arm the Papua New Guinea Defence Force’s four new Guardian-class Patrol Boats, gifted to our neighbour under the government’s Pacific Maritime Security Program. The equipment will better enable PNG to respond to our shared maritime challenges, from illegal fishing to transnational crime. Australia will provide a comprehensive support and training package. Two of the 39.5 metre patrol boats built have been provided to PNG, with two others under construction by Austal in Perth.

USyd students aim for the stars

The University of Sydney rocketry team has brought home silver and bronze competing virtually in Spaceport America Cup, an international student rocketry competition. The 50-member team placed second in the 30,000 ft Commercial Off-the-Shelf category for their solid-fuel rocket Firetail. It was third in the Space Dynamics Laboratory payload challenge for their payload Tetratheca. Both were designed and built at USyd, and received high scores for the design quality of their rocket and payload. Chief Engineer and Bachelor of Mechatronic Engineering student, Daniel Cook said the success came from working collaboratively as a team using learnings from the professional aerospace industry.

No ASIC criminal prosecution for Austal

The Australian Securities Commission (ASIC) has notified shipbuilder Austal that following an investigation into disclosures made to the stockmarket, it will not be proceeding with any criminal charge. Austal CEO Paddy Gregfg said there was a sense of relief ASIC had investigated the matter and decided against criminal charges. However ASIC’s announceent does not change the situation regarding civil proceedings on diclosures about the Littoral Combat Ship (LCS) program prior to July, 2016.