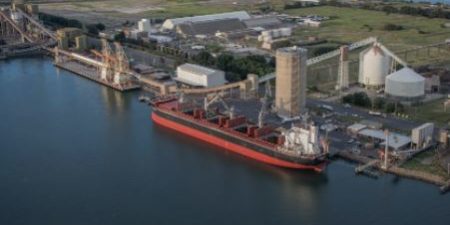 Adelaide-based Das Studio has been selected to design the industrial scale factory of the future project at the Tonsley Innovation District in Adelaide. Stage one of the project is a research and training facility collaboration with BAE Systems Maritime Australia, the Innovative Manufacturing Cooperative Research Centre, Cisco and the South Australian government. The state government is providing $5 million in funding as is Flinders University. Flinders’ Professor John Spoehr said: “Das Studio’s industry leading design processes will help us develop world class research and development facilities at the Line Zero-Factory of the Future in a controlled environment which enables the trial of innovative manufacturing techniques, directly underpinning the growth of advanced manufacturing in Australia.” The existing pilot Line Zero site involves advanced robotics, augmented reality, Internet of Things and smart-work bench technologies to be deployed in the Hunter Class Frigate Program

The port of Newcastle (pictured) in New South Wales has failed in its attempts to break the monopoly on export container ports by the operator of Sydney’s Port Botany and Illawarra’s Port Kembla. The Federal Court judgment followed legal action by the Australian Competition and Consumer Commission aimed at nullifying agreements entered into when the ports were privatised in 2013. The agreements will now stand, leading competition boss Rod Sims to warn that the two privatised ports will have an “effective monopoly” in transporting containers in NSW for 50 years. Newcastle had hoped to diversify away from its reliance on coal exports, and provide more efficient export opportunities for local manufacturers.

Perth marine engineering group VEEM has been awarded $862,060 under the Manufacturing Modernisation Fund to improve its capabilities in propeller manufacturing. The company, best known for its marine gyrostabilisers, is vying to manufacture propellers for the Hunter class frigates being built in Adelaide. VEEM will invest up to $3.5 million to buy new manufacturing equipment, ensuring no disruption to its existing propeller business should it be chosen for the Hunter project. VEEM can now also bid for work sustaining the Collins class submarines, and for the construction of the new Attack class submarines.

The European Patent Officer has indicated it will grant a patent for Lithium Australia’s caustic conversion process that recovers lithium from fine and low-grade ores. The company’s LieNa processing technology eliminates the roasting step, and can produce feed for the production of lithium ferro phosphate (LFP) lithium ion batteries. Lithium Australia has received a Cooperative Research Centres Projects grant to support construction of a LieNa pilot plant in India. Construction of an autoclave has begun at the Indian site.

Thomas Global Systems just released C2ISR Modular Reconfigurable Armoured Vehicle Computing System (MRACS) has been selected for use in an Australian military program. The company released the addition to its sovereign armoured vehicle systems capability, and revealed deliveries would commence in June 2021. MRACS provides military vehicle manufacturers with a modular, next generation ruggedised tactical computing and display system that can be rapidly customised.