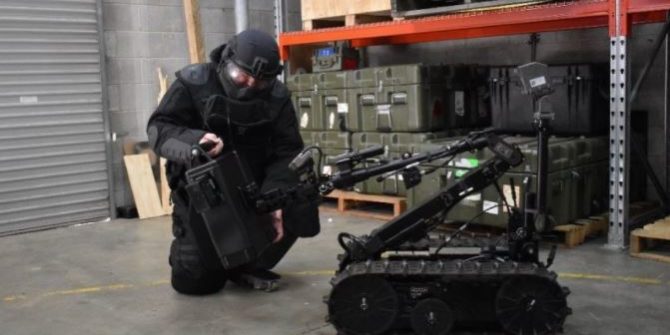 The payload of Fleet Space Technologies sixth nanosatellite, Centauri 4, launched on SpaceX Falcon9 mission, has been deployed in space and switched on. CEO Flavia Tata Nardini took to social media and said: “This usually takes weeks if not up to a month, so to achieve this in only a few hours is incredible.” Fleet Space’s most advanced payload yet, it will allow substantial increases in throughput of customer data, service a higher number of customer portals at once, and increase data reliability and security by reducing the impact of interference. “This is a very exciting time for our team and for the future of Fleet Space.”

Graphene products manufacturer First Graphene is seeking commercial partners to develop and commercialise its patented process for converting petroleum feedstocks into graphite, graphene and clean hydrogen. The company released a whitepaper and animated presentation on its cavitation technology that produces graphite materials in a single step process, with no carbon dioxide produced or released. The technology was developed with the support of the UK’s Sustainable Innovation Fund. With demand for graphite in electric vehicles rising and for petroleum products likely falling, the technology promises a future for petroleum processors, according to First Graphene. CEO Michael Bell said the technology could be implemented as an additional step within refining operations. “For that reason we see the next logical step being to work directly with an industry partner to develop a commercial-scale pilot.”

Micro-X has been awarded $400,000 from the federal government’s Manufacturing Modernisation Fund to support production of its Improvised Explosive Device (IED) X-ray camera (pictured). The security device will improve explosive threat detection capabilities in defence, police and security applications. The funding will support the X-ray tube and generator manufacture and system assembly, as well as upskill its workforce in new and specialised engineering and manufacturing roles. Defence contracted Micro-X to demonstrate a proof of concept for stand-off imaging of Improvised Explosive Devices, with the company developing a miniature device which allows it to be carried in the jaws of a standard Explosive Ordinance Disposal robot. Earlier this month Micro-X also announced it had launched its Rover Mobile DR cold cathode X-ray machine into the veterinary market. The machine incorporates new Varex imaging software tailored for small animal examinations.

Health and wellness products manufacturer Wellnex Life has completed the acquisition of pharmacy product developer and distributors Brand Solutions Australia and Pharma Solutions Australia (BSA). Wellnex, formally known as Wattle Health, now offers a portfolio of consumer products sold through channels including Chemist Warehouse stores. The company, which estimates annual turnover of more than $20 million, has issued a supplementary prospectus and expects to be reinstated for trading on the ASX.

Monash University has announced the Monash Blockchain Hackathon, a joint initiative between the Blockchain Technology Centre at the university and the Algorand Foundation which will run from 9–11 July. Participants in the free-to-enter contest will focus on an opportunity to ideate, build and deliver a blockchain-driven solution that addresses a societal challenge, with themes including education, digital health, building and energy. “Blockchain technology has so many applications and we want this hackathon to demonstrate how this technology can be a driving force for social good,” said Monash Professor Joseph Liu.