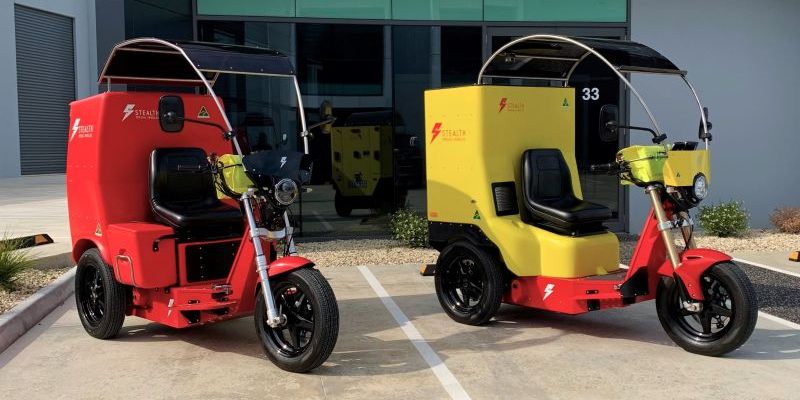 Australia Post is trialling Australian made three-wheeled electric delivery vehicles to see if they complement its fleet of electric vehicle types. The company, which ordered 1,000 Swiss-made e-trikes earlier this year, is trialling Stealth Electric Bikes’ OzPods (pictured) in the Melbourne suburb of Lillydale over a variety of terrains. The OzPod has an increased carrying capacity of 720 litres and can travel at up to 50 km/h.

Prestige winemaker Penfolds has launched a new range under its own label containing both Californian and Australian sourced wine. The Penfolds California Collection includes two wines which include up to 14.9 per cent Australian Shiraz or Cabernet Sauvignon. Treasury Wine Estates which owns Penfolds has been moving upmarket with its brands, with the Penfolds name leading the way. The company previously produced a French champagne under the Penfolds label and plans a Bordeax from an estate it bought in France in 2019.

QUT has announced the start of construction of a new $3 million R&DE facility in Redlands, Brisbane to support the development of minerals for battery and renewable energy systems. The centre is a partnership between QUT, Lava Blue and the Innovative Manufacturing CRC (IMCRC). ice-Chancellor Professor Margaret Sheil said: “One of the things that QUT has always done is taken our research further along the translation pathways than universities traditionally do.”