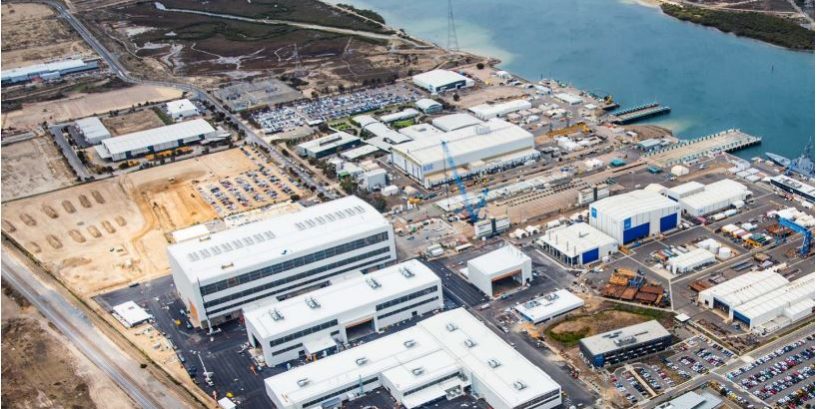 Hot on the tail of a $4.3 billion promise to expand the Henderson maritime precinct in Perth, Adelaide has been offered a similar carrot with the federal government leasing a massive area for the expansion of the Osborne naval shipyard.

The government has revealed it will lease an additional 45 hectares of land north of the existing Osborne yard to expand the land available for the construction of a nuclear submarine fleet.

The lease from the state government’s Renewal SA would take the total area earmarked for submarine construction to 65 hectares.

Osborne already sprawls over 100 hectares beside the Port River, and is made up of the BAE Systems yard building Hunter class frigates, ASC – formerly the Australian Submarine Corporation – which maintains and overhauls the existing Collins class submarines, and a common-user facility.

A submarine yard had been under construction (pictured, below)to build conventionally powered Attack class submarines, however work was halted last year when the government walked away from its contract with France’s Naval Group.

Announcing the lease of additional land – initially for a one year period – finance minister Senator Simon Birmingham said the government was dotting the i’s and crossing the t’s on the site for N-sub construction.

“The construction of the new subs shipyard will be a mammoth task.”

Picture: Australian Naval Infrastructure/Osborne naval shipyard is expanding to the top of the picture