Memphasys Felix device in clinic use 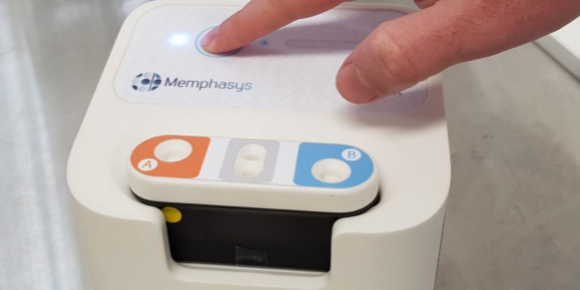 The device (pictured) which selects the best human sperm to be used while discarding the rest is undergoing trial in Japan, India, Canada the USA, Iran and China.

Felix is a six-minute test that uses an electric force and polymer membranes to separate sperm, selecting negatively charged sperm for use in the IVF process.

Developed with reproductive medicine expert Professor John Aitken at the University of Newcastle, Memphasys expects use of the device to increase the chances of the birth of a healthy baby, which currently takes an average of 2.2 IVF cycles.

Key opinion leaders have reported successful separation of sperm in clinical conditions according to an investor update.

The company is targeting Japan, India, Canada and New Zealand, which have relatively low regulatory hurdles, for initial sales.

Following launch in human clinics Memphasys will turn its attention to developing the Felix device for artificial insemination in animal markets such as horses, cows, sheep and pigs.

Animal AI requires a device to handle larger volumes of sperm and higher sperm densities than in humans.

Currently equine AI has a relatively poor success rate of around 60 per cent.