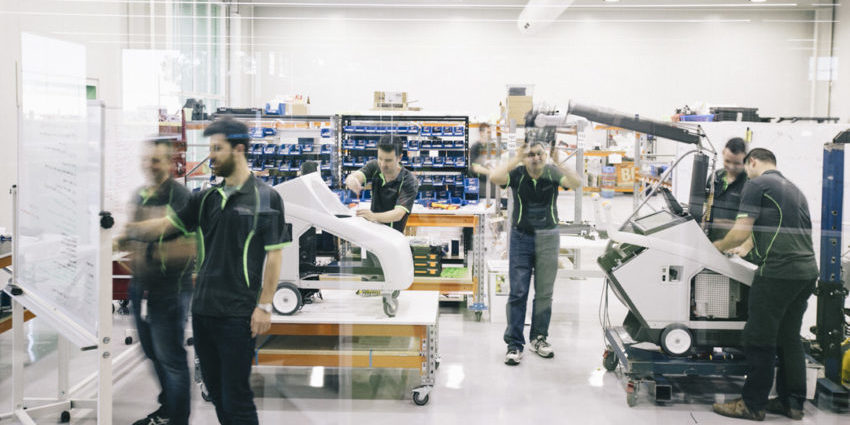 Innovative X-ray machine manufacturer Micro-X has ramped up production of its Nano device following a Covid-19 jump in demand.

The company confirmed it was committing $4 million to ramping up production at its Adelaide plant following a $15 million capital raising from institutional backers and a subsequent share offer to existing investors.

The Nano, the first X-ray machine featuring a carbon nanotube emitter, has booked $3.6 million in orders since the start of the year as health authorities embrace the lightweight, low power consumption and ruggedness of the device.

The company has ordered close to $600,000 worth of new production equipment which is being progressively installed.

Managing director Peter Rowland said: “We have been successful in ramping Nano production with the rate of units being built and shipped increasing rapidly.

“We have worked through some supply chain challenges due to the recent global trade disruption and….our priority is to reduce our backlog of existing orders and therefore delivery times for future orders.”

The core step in the Nano manufacturing process is the X-ray emitter.

The first step is the creation of a perfectly aligned array of carbon fibre nanotubes and their encasement inside a total vacuum.

The company had reshored emitter manufacturing from the United States even before the spike in sales, and was enlarging its plant, located at the Tonsley Innovation Precinct.

A further $3.4 million is being spent on inventory in the form of components and semi-complete Nano machines.

During April $500,000 worth of Nanos were completed and a further $1.5 million worth in the process of being built.