X-ray equipment manufacturer Micro-X (ASX: MX1) has reached a major corporate milestone with its first lightweight portable X-ray machine now in everyday clinical use in Australia at The Alfred Hospital in Melbourne.

The company is the first in the world to succeed in building a carbon nanotube electron emitter (pictured), the first major innovation in X-ray generation in more than a century.

Its Nano portable X-ray machine (below) has been sold internationally by distributor Carestream, but this is the first Australian hospital to put it into general use, according to an investor update. 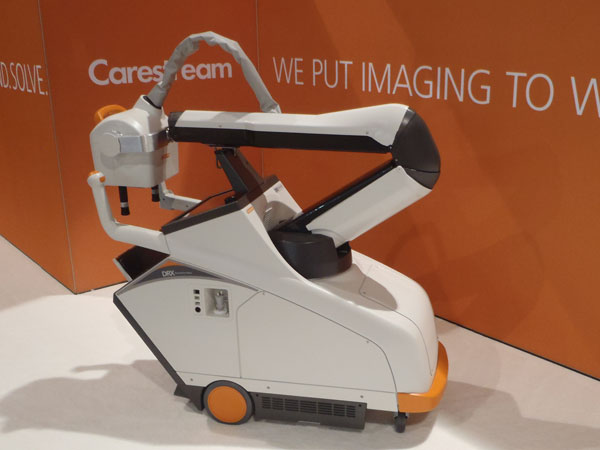 The Alfred will trial the machine prior to purchase.

The update revealed that Micro-X earned cash receipts of $800,000 in the December quarter, a disappointing result for the company.

Micro-X commented: “Overall the number of units sold this quarter was still significantly below the company’s expectations, and this area is under active discussion with Carestream.”

However Micro-X reported good news on its product development initiatives, with carbon nanotube emitter manufacture bedded down in Adelaide and achieving a yield of 100 per cent, a major achievement considering the complexity of manufacture.

The company’s Rover ruggidised mobile X-ray machine being developed for the US and Australian defence forces is nearing design completion.

The machine was demonstrated at Fort Detrick near Washington DC for members of the US Defence Health Agency which has affirmed its intention to place a low rate initial production order once FDA approval is received.

During the quarter the company won a contract from the UK department for Transport for a 3-dimensional X-ray backscatter system for threat detection.

And Micro-X continued its development of a mobile backscatter imager in collaboration with defence group Thales for use at airport checkpoints.

Managing director Peter Rowland said: “$16.5 million secured from investors in the recent placement was also critical in allowing us to maintain our commercial momentum and meet our collaboration goals with Thales.

“This funding will allow us to deliver on or targeted milestones into 2021.”