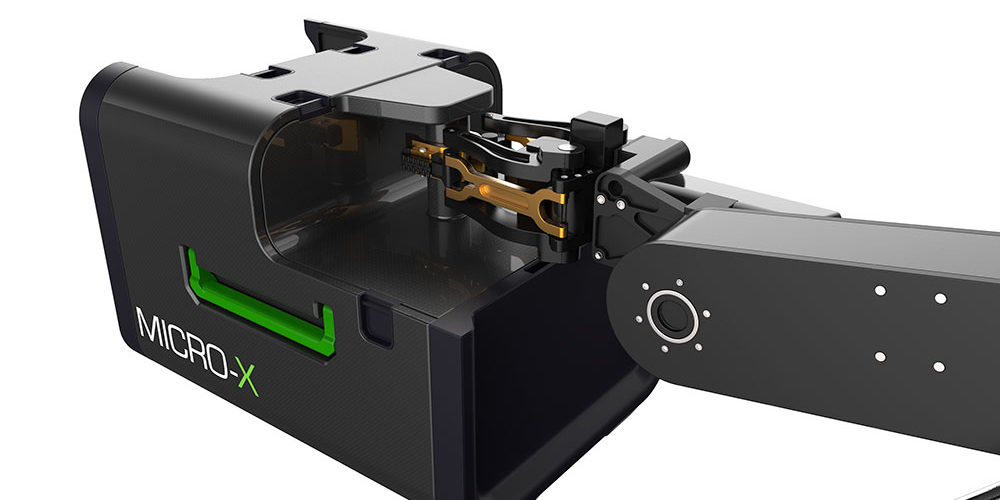 Cold cathode X-Ray nachine manufacturer Micro-X has notched up modest revenues of $750,000 in the March quarter as it presses ahead with commercialising its unique lightweight, low-power X-Ray emitter technology.

The Adelaide company, which has developed the world’s first and only carbon nanotube X-ray emitter, continues to make sales of its first product, the Nano X-Ray machine.

More than $1 million in Nano orders were received in the quarter, and $190,000 spent on manufacturing equipment.

Trials of the Rover militarised version of the machine are due to start at a number of US military bases in late April or early May, following supply of Rovers to the World Health Organisation.

However the company focus has shifted to spending its warchest of $38.5 million on developing a range of new products from airport check-in scanners to explosives detectors, all based on its core technology.

Micro-X is continuing a process of onshoring production of its planned counter-terrorism X-Ray Camera (main picture) which can be carried in the jaws of any standard Explosive Ordinance Disposal robot, providing images to a remote operator.

The camera, originally developed in association with Australia’s Department of Defence, uses backscatter X-Ray imaging to image Improvised Explosive Devices to a resolution of less than 0.5mm.

The company is also progressing its contracts with the US Department of Homeland Security developing a self-service passenger security screening checkpoint for airline travellers. A new Seattle office is leading development.

The US program is related to Micro-X’s development for the UK Department of Transport of 3D backscatter imaging for detection of aviation security threats.

Finally Micro-X is continuing its development of a lightweight brain CT scanner (pictured below), based on its carbon nanotube X-ray emitter, for the rapid detection and diagnosis of stroke.

The development will be funded by a $40 million grant – one of the largest health grants ever awarded in Australia – made to the Australian Stroke Alliance by the federal government’s Medical Research Future Fund frontier health program. Micro-X’s share of the funds is $8 million.

Micro-X told investors: “In the coming months a key element of its activities will be carefully growing internal resources and capacity to manage the workflow across multiple large development projects and commercialisation activities.” 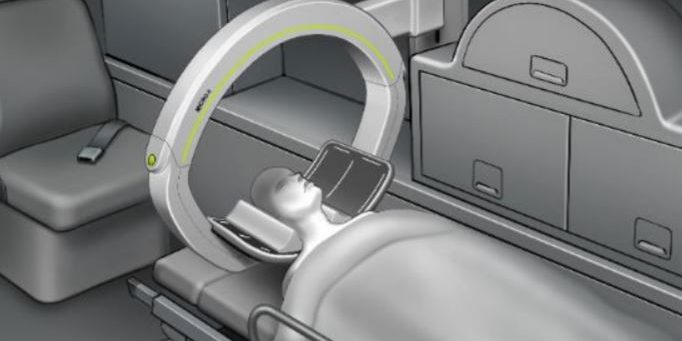