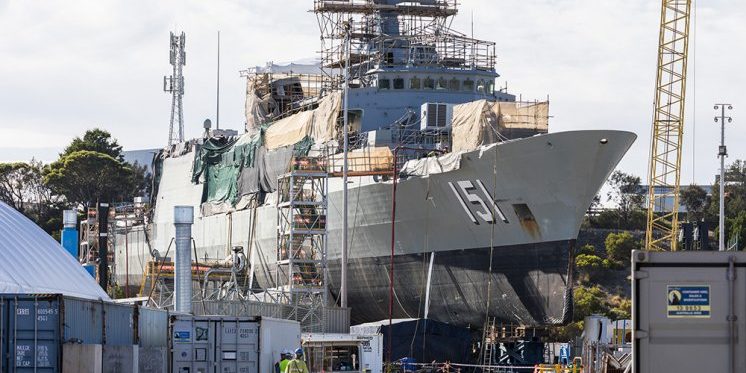 The Warship Asset Management Agreement (WAMA) Alliance has hit a milestone in the upgrading of Australia’s Anzac class frigates, with the removal of the mast of HMAS Arunta.

The mast is being removed at BAE Systems’ Henderson shipyard in Western Australia and is a crucial part of the class’s midlife capability assurance programme.

“Once operational, this system will provide increased capability and reliability, and lead to a significant reduction in ‘through-life’ costs for the Anzac Class,” he said.

The WAMA Alliance is a strategic partnership between the Commonwealth of Australia, BAE Systems, SAAB Australia, and Naval Ship Management Australia.

Arunta, and the seven other frigates of the class, are also be upgraded in the $650 million programme to improve the reliability and maintainability of the ships.

Upgraded communications will also be installed to resolve obsolescence issues since the ships were introduced from the 1990s.

“This will result in significant improvements to the ship’s integrated communications system, including tactical and secure communications,” Ford said.