National robotics competition to be held in Adelaide 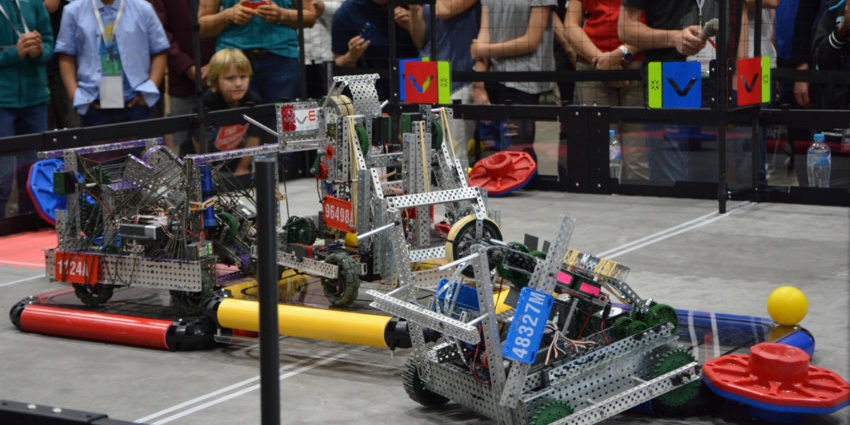 The Australian finals of the international VEX Robotics Competition will bring more than 700 students to the Adelaide Convention Centre in December.

The annual competition requires teams of primary and high school students to design and build a robot that can win a game-based engineering challenge supplied by the host VEX Robotics.

Some 750 people are expected to the attend national tournament from December 6-8 at the Adelaide Convention Centre to decide on 12 teams to progress to the international finals in Louisville, Kentucky in April 2020.

VEX Robotics Australia and New Zealand sales director Nicole Champagne said South Australia was picked for the Australian finals because of its status as the innovation state and strong backing from the state government.

“But when it comes to what’s actually happening, you can really see South Australia coming up with all the exciting new opportunities.”

The international competition set a Guinness World Record in April 2018 as the largest robotics competition in the world, with more than 30,000 competitors. Each year the finals are attended by organisations such as Google, Tesla and NASA.

Champagne said the competition was important for young minds because participants learnt more than just robotics.

“It’s important because it opens up their career paths to industries that they may have never would have known were available to them,” she said.

“We want our young people exposed to opportunities which test and expand their knowledge as the demand for STEM specialisations increase, particularly in the space, shipbuilding, cyber and advanced manufacturing industries,” Premier Marshall said.

Late last year Adelaide was announced as the home of the Australian Space Agency, to which a $6 million Mission Control Centre for small satellite missions and an educational Discovery Centre was added in March.

Adelaide will also be home to the Australian Cyber Collaboration Centre and is building Australia’s future submarines and other naval capabilities.