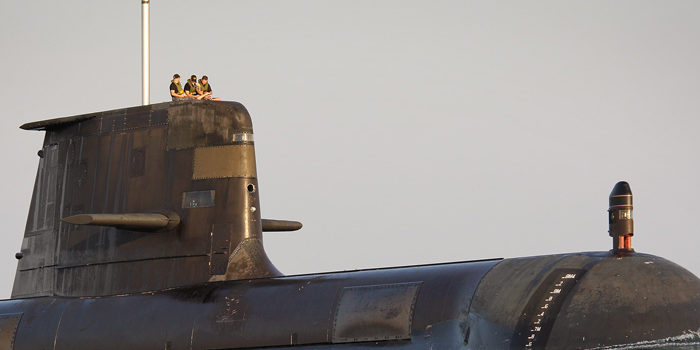 A former South Australian Liberal party leader who later became a minister in the state Labor government has called for the establishment of a national shipbuilding authority to guide naval ship construction.

Martin Hamilton-Smith’s political history is indeed as complex as the task now facing Australia to build and then sustain the large number of advanced ships and submarines ordered by the Abbott and Turnbull governments.

It is so far so good, but a battle between SA and Western Australia to be the site for sustaining today’s Collins submarine fleet has demonstrated just how important managing the build and sustainment process will be.

WA has been trying to nab Collins work currently undertaken in Adelaide, as reported in @AuManufacturing news.

The submarines were built in Adelaide and major refits occur there. However the submarines are based in Perth and that is the site of more routine maintenance work.

Do we want one or two centres of submarine skills? What are the advantages and disadvantages of each state? Do we have enough skills to go round? How will this affect the building of $50 billion worth of new Attack class submarines in Adelaide? How would WA’s regular mineral booms that suck up skilled engineers affect this?

With no SA minister in the decision making process, and a bevy of WA ministers including those of finance, defence and defence industries now calling the shots, these considerations may be lost in favour of a more political decision which is not in the national best interest.

Hamilton-Smith argues that this is likely to be only the first of multiple shipbuilding and sustainment decisions to come, and we need to get this one right.

He says: “The nation’s aim must be to lift the Australian naval enterprise from a base level of maturity characterised by individual project decisions and an immature sovereign industrial capability to a dynamic best-practice model with minimal government control and ownership which looks at the entire task and is industry led.”

We have to take this first decision from a whole of nation standpoint, and not allow ourselves to make endless political decisions on small aspects of the process.

Australia is going to be very stretched finding the skilled people, in the right places at the right time, to deliver more than $100 billion worth of ships.

We just cannot afford to send work to Adelaide, or Perth or anywhere else for that matter without considering the needs of the entire shipbuilding effort.

Hamilton-Smith comes from a defence background and is very well respected by both sides of politics.

His suggestion of a new authority needs to be taken seriously and acted upon…lest we destroy our dream of a sovereign naval shipbuilding and sustainment industry in a welter of state by state, project by project political battles.