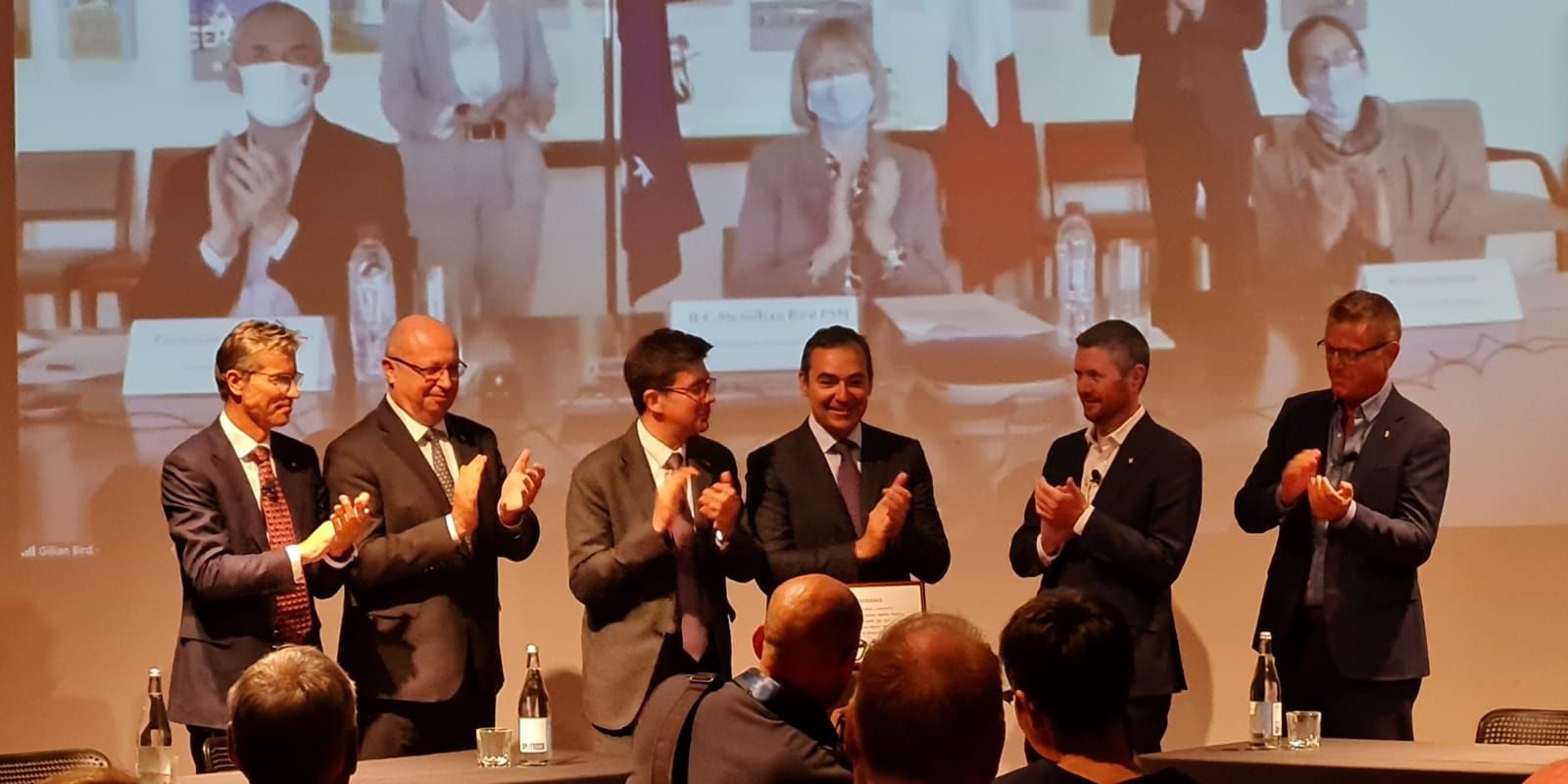 French submarine builder Naval Group has announced a step up in research and innovation with the establishment of a CNRS International Research Lab (IRL) Crossing lab in Australia.

The company, which is building Attack class submarines in Adelaide, is the industry partner in the Crossing laboratory along with the Centre National de la Recherche Scientifique (CNRS), the University of Adelaide, Flinders University, the University of South Australia and the French technology institute IMT-Atlantique.

Naval Group Chairman and CEO Pierre Éric Pommellet was in Adelaide for the launch and said it was a step towards the company becoming “a French-Australian Group.

“Our vision is to anchor our presence, not only by delivering with the Future Submarine Program – the most capable conventional submarine in the world, and creating thousands of high value jobs in Australia – but also in research and innovation.”

Pommellet said there were only five similar laboratories in the world.

“Crossing will be a unique multidisciplinary facility that will enable Australia to be at the forefront of research into new technologies highly relevant to future industries.

“Our aim is to boost scientific collaboration by drawing on relevant expertise across CNRS, our SA academic partners, and our own experts and partners.”