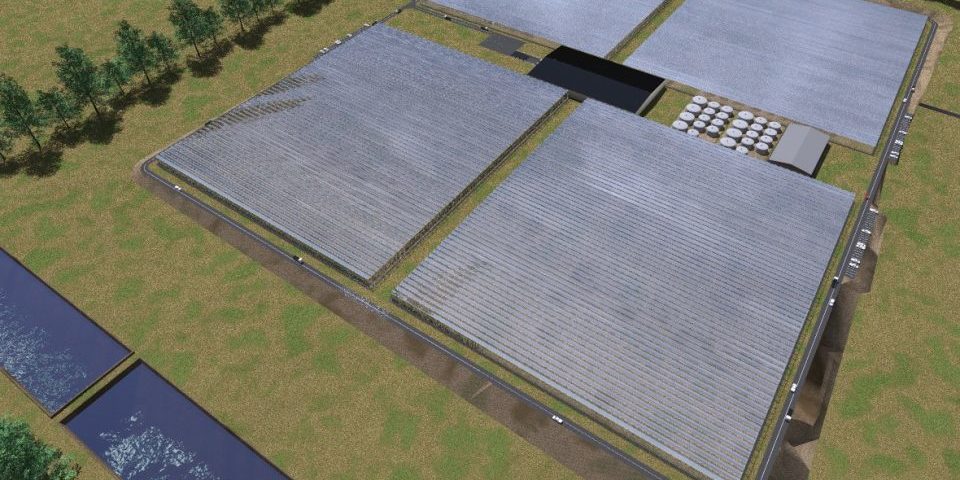 The project go ahead comes after the Victorian government signed up as a cornerstone customer for the proposed the Bulgana Green Power Hub, effectively underwriting both the solar PV and horticulture project.

The economics of large scale hrdyoponics installations have been coming in question with the rising price of energy in Australia.

The two projects will employ 1,300 jobs during construction, and nearly 300 permanent jobs and 150 indirect jobs in the town mid-way between Melbourne and Adelaide,

Stage one, part of a mooted 40 hectare complex (pictured), will produce three different varieties of cucumbers as well as seed varieties for multiple future horticulture sites.

The facilities will boast regulation of light, moisture and air, CO2 enrichment, and automated cooling and heating, watering and monitoring systems.