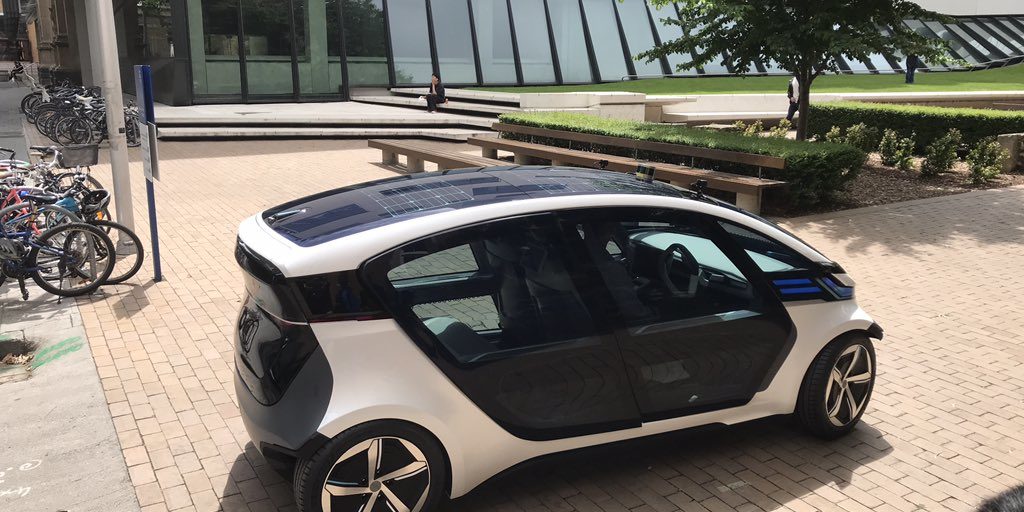 The vehicle is made by Applied Electric Vehicle Robotics, which will display it at the Consumer Electronics Show in Las Vegas in January.

The vehicle was first spotted in the grounds of the University of Melbourne by Professor Timothy Schmidt who tweeted a photograph of the vehicle.

He tweeted: “Fun seeing this solar powered #ev at @unimelb during the @excitonscience meeting.”

The company only has a most basic website, but The Driven says the vehicle is a modular design with a floor pan with batteries, controllers and drive train which can be fitted with a variety of ‘pods’ to configure it as an urban commuter or a small delivery van.

The vehicle is designed for the ‘connected’ roadways of the future and will be capable of autonomous travel. It is likely to be fitted with systems such as LIDAR which scans for approaching objects using pulsed light.

The Driven has toured the Applied Electric Vehicle Robotics factory and named a series of former senior executives of GM and Telstra as among the management.

The extent of financial backing for the company and its intentions on series production are not known.

However the vehicle will be tested by the recently established University of Melbourne project, the Australian Integrated Multimodal EcoSystem (AIMES).

The project aims to develop connected transportation technologies based at the University.