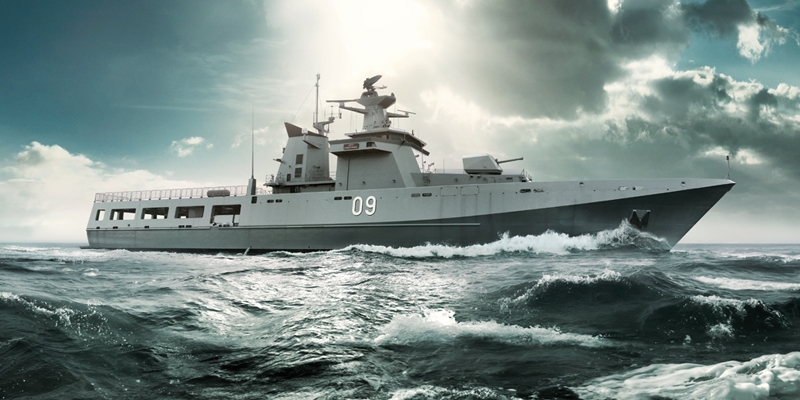 The federal government’s naval shipbuilding plans are ramping up with progress building massive new facilities in Adelaide, and the laying down of the keel of the first Arafura class offshore patrol vessel (OPV).

Defence announced more than 50 tonnes of Australian steel has been assembled at Osborne Naval Shipyard in Adelaide marking the official completion of lead ship of the class.

Defence minister, Christopher Pyne said the milestone was a further demonstration of Australian industry’s ability to deliver on schedule.

Under the $3.6 billion project, the first two OPVs will be built in Adelaide bfore construction of another 10 by Civmec and Luerssen Australia at Henderson in Western Australia.

The news service reports structural steel has been efected for the smaller of the two halls, which will be 28 metres high, 160 metres long and 47 metres wide.