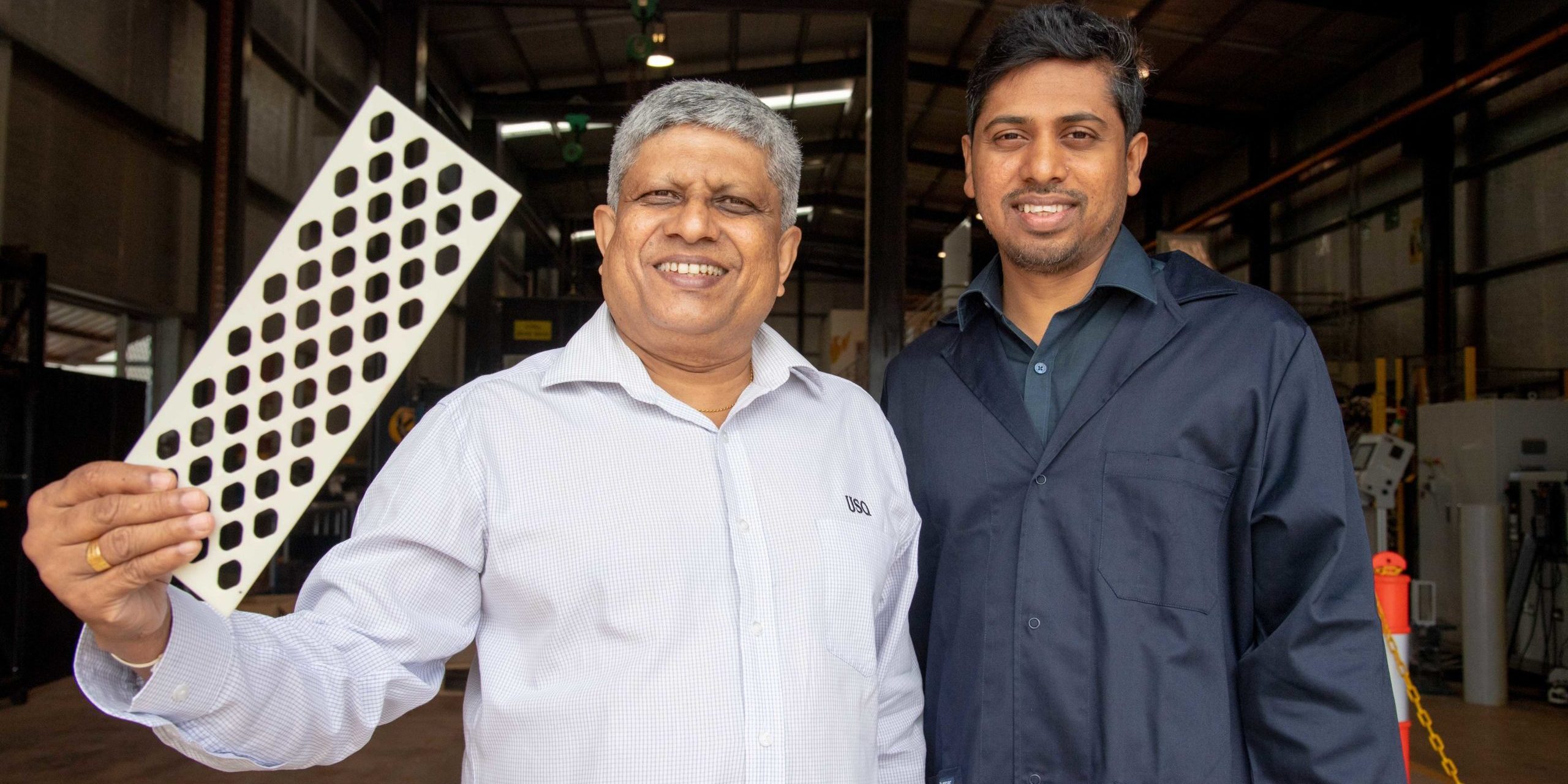 A new “smart plaster” developed at the University of Southern Queensland is being promoted as a potential new standard for treating bone fractures, with the team seeking industrial partners to take the invention forward.

According to USQ, the “hybrid shape memory polymer” developed by PhD student Janitha Jeewantha (pictured right) can be heated, wrapped onto a limb and then set in under 10 minutes.

It offers a range of advantages over Plaster of Paris, which had been in use since the 19th Century, said Jeewantha in a statement. The resettable smart plaster was lighter, stronger, more durable and more hygienic, and incorporated a “secondary locking mechanism” to make it simpler to remove (and less frightening) compared to using a saw.

“Our smart plaster offers much more precise control over other immobilisation methods and provides better air circulation, reducing the chance of bacteria and infections.” said Jeewantha.

“Shape memory polymers can recover their original shape after being deformed, which means our smart plaster can also be re-used.

His PhD supervisor Associate Professor Jayantha Epaarachchi (left) said the invention could represent both a “turning point” and a possible new standard for orthopaedic care in the future, and a time-saver for medical staff.

“The next logical step is in the hands of Australian manufacturers to take out this plaster from University of Southern Queensland laboratories, push it through medical certifying authorities and start large scale manufacturing, so the smart plaster is available in accident and emergency departments,” said Epaarachchi.