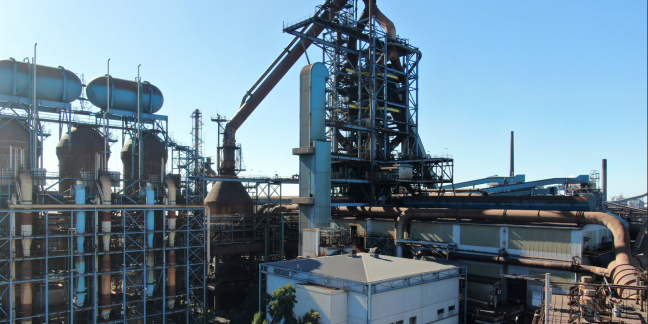 New federal government procurement rules announced on Friday have doubled the share of $70 billion in annual spending open to Australia’s SMEs. But as Shane West argues here, they also open up the possibility of other benefits to the economy and environment.

The revised Commonwealth Procurement Rules (CPRs) now requiring that procuring officials consider a procurement’s broader impact on climate change – a change in line with Canberra’s commitment to reduce emissions by 43 per cent by 2030, is fantastic news.

But I would say that – it is something that I initiated and introduced with the input from Defence Materiel (now CASG) when I developed an MBA in Strategic Procurement at Canberra University in 2009.

Sustainable procurement with long term circular economy benefits can be particularly useful in reducing emissions by assessing imported products for their environmental contribution and this needs to be included into the government’s procurement calculations.

Examples that I have calculated previously regarding steel and aluminium production show Tasmania’s Bell Bay aluminium entails 78 percent less carbon emission due to its hydroelectricity supply – something that is now even lower in emissions.

Countries such as Australia and Korea have far fewer emissions from steelmaking due to the use of good quality coke and efficient production, transport, and environmental controls.

As BlueScope’s Port Kembla works (pictured) approach 100 years of steelmaking, its operation compared to many other steel plants is exemplary.

Production of steel is one of the most energy-consuming and CO2 emitting industrial activities in the world.

Australia is transitioning to green steel and the government should be supporting that transition.

Steel requires about 20 gigajoules of energy per ton produced.

Three quarters of the energy comes from burning coal.

It is well documented that pollution and toxic outputs in China’s steel sector are beyond acceptable health levels.

The story is similar with India, rivers are choking to death in India, and I have seen the pollution levels and the comparison to Australian environmental standards is staggering.

The Australian government on the basis of sound environmental international requirements to meet out Paris obligations should have been using these issues in their CPR’s practices year ago.

Let’s hope the APS and in particular the Department of Finance and Industry can do the job properly.

Shane West has been a director and consultant with Environmental Sciences Australia Pty Ltd for 30 years. Shane has been a local manufacturer of technology, and published research ranging from the heat treatment of cooling towers to the manufacture and commercialisation of sustainable daylighting and natural ventilation products such as the SkyVent. Shane has a PhD in Sustainable Technologies and Methodologies from UTS.\Picture: BlueScope Illawarra