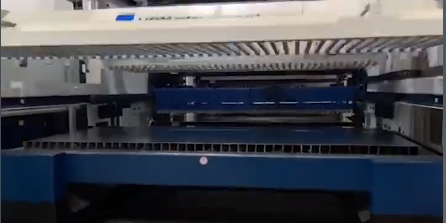 Melbourne’s New Touch Industries is investing in a new laser cutting and warehousing machine which will produce a better quality product.

The company, which makes everything metal from the crown signs on Crown Casino to street benches and rubbish bins and fuel tanks for armoured vehicles, received a $100,000 federal grant.

Managing director Brad Drury said: “Basically if it is made of steel we have probably cut it.”

The grant supports the purchase of Stopa warehousing system connected to two laser cutters which will boost product quality and productivity.

Previously the Bayswater company had to go through a laborious de-burring process on the steel it cut.

“Ït had become a very labour intensive job, so the new machine which the government has given us a grant for will automate that process and take that sharp edge off.”