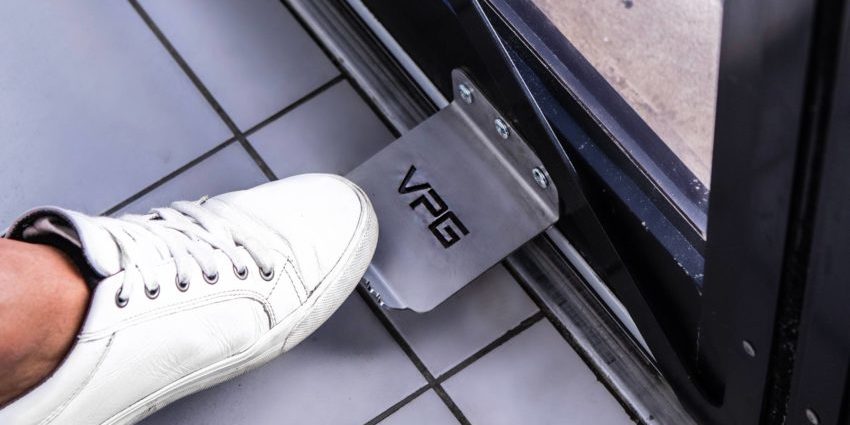 A manufacturer in South Australia is thinking on its feet as it identifies gaps in the market during COVID-19 shut downs.

Valley Precise Global, a manufacturer based in Adelaide, South Australia, has developed foot-operated door openers in a rapid response to the COVID-19 pandemic.

Chief Executive Grant Tinney said its South Australian designed and manufactured no hands stainless steel door opener was on the market in less than three weeks after an initial brainstorming session searching for gaps in the COVID-19 response.

The No Hands product was designed around research showing door handles are regularly exposed to bacteria and viruses through surface contamination, the new design means people can pull open doors using their feet rather than their hands.

Sales are already at several 100 being produced a week with Tinney saying the new website and a push to interstate and overseas distributers was expected to see these numbers swell.

The company has ramped up production of its new medical supply range and unveiled a new website last week after being established as a spin off from its parent company Precise Advanced Manufacturing Group.

Tinney said the parent company has tripled in size in the past three years after its unique pipe clamps designed to rapidly stop leaks were snapped up by the United States navy.

Tinney said staff numbers also had grown another 10 per cent over the past few weeks as it continued to introduce innovative products and slash the time it takes to get them to market.

“Earlier this year we had a look at what contributed to speed to market, I really aim to move all the chess pieces in place to allow us to have a company that can dramatically decrease the time to market, there are a lot of products that have limited shelf life,” Tinney said.

“We’ve made a company that can do everything in parallel.”

The Precise Advanced Manufacturing Group has 85 staff employed over three sites in Adelaide and group sales of about $24.5 million. 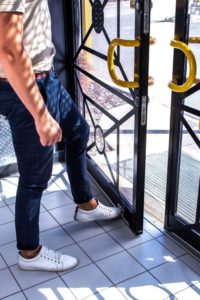 Their rapid response clamp has driven growth after being designed with the Australian Defence Science and Technology Group so that a single person could quickly stop leakage from damaged pipework under pressure.

Tinney said the company had since demonstrated effective applications in other industries and the product had been picked up by the maritime, mining and energy sectors.

A recently announced Defence Global Competitiveness Grant from the Australian Government was being used by the company to “source capital equipment that will increase our capability of manufacturing this product by at least four times”, Tinney said.

“We’re ramping up marketing in terms of a new website for the product and making an ecommerce site, bringing on additional distributers across the world and also ramping up efforts with our contact in the United States Department of Defence,” he said.

The company also launched its medical supply range over the past few weeks with an anti-fog PET protective face shield.

Orders were already arriving for the shields with Tinney saying the company was confidently tendering for larger orders both in Australia and the United States.

As the business continued to grow, Tinney said the new Valley Precise Global arm was also looking for a new site separate from where manufacturing was happening at the Adelaide suburbs of Gillman, Pooraka and Lonsdale. 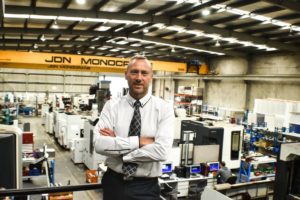 Precise Advanced Manufacturing Group has staff based mainly in Adelaide but also in Melbourne, Sydney, the United States and New Zealand.

Tinney said the company was started by his father to make car components supporting local industry but later switched focus to the mining, medical and defence sectors.

He said manufacturing in South Australia was increasing its competitiveness globally with the Australian dollar lower along with production costs as companies overhauled their processes with the latest hi-tech approaches.

“We are looking at areas where we have particular strengths in new and novel design, where there’s a lot of intellectual properties and smarts in terms of design areas, this is where we are particularly strong in Australia,” Tinney said.

He attributed come of his own fresh ideas about building growth into the business more recently to working through The Governor’s Leadership Foundation program in South Australia.
And also being part of the fast business growth course run by Jana Matthews, an international expert on entrepreneurial leadership and business growth at the University of South Australia. Dr Jana Matthews is the university’s ANZ Chair in Business Growth and director of the Australian Centre for Business Growth.