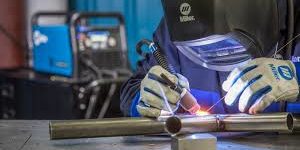 The NSW government has announced a review of the state’s $2.3 billion TAFE system, headed by businessman David Gonski and Western Sydney University Chancellor Peter Shergold, which will report back by July.

The review was announced by Premier Gladys Berejiklian on Tuesday. The premier said she wanted TAFE to be thought of in the same light as universities – a place for gaining the relevant skills for future jobs.

“For some new high tech and high-end jobs, TAFE could become a better option for students than university,” she said in a statement.

“We need more tradies in existing trades, but we also need to prepare workers in new areas like 3D printing, robotics and other technology industries to provide the jobs of the future in places like the Western Sydney Aerotropolis and the Sydney Tech Hub.

“This Review will consider initiatives like a HECS-style program for TAFE students, greater industry involvement in co-designing courses and making sure courses are as up-to-date as possible.”

The review would include input from industry on meeting the state’s skills current and predicted shortages, as well as “implemented through exemplar projects, such as the Meadowbank Education and Employment Precinct and the Western Sydney Aerotropolis.”