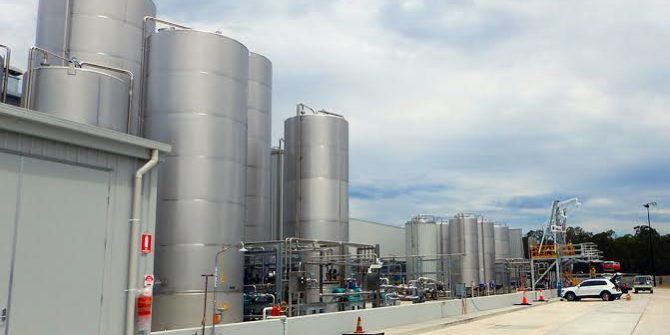 Fuchs has announced that it will move production of Nulon automotive fluids to recently-upgraded sites at Beresfield, NSW and Sunshine, Victoria.

According to a statement from Fuchs Australasia, it had invested $4 million in automation and $1 million in IT at the two sites.

As reported by @AuManufacturing, Fuchs announced in March last year that it would acquire Nulon Products Australia, intending to keep production and 65 local jobs in Australia.

“The move means that we will have greater capacity to increase production volume and allows Nulon improved scope to deliver innovative new products to the market,” said managing director Wayne Hoiles of moving production to Fuchs Australasia’s sites

“We will remain the only automotive fluids supplier who is manufacturing lubricants, additives, greases and engine coolants in Australia.”

According to Nulon Products Australia’s website, its manufacturing site is in Moorebank, NSW. The company was established in 1980 and makes lubricants, coolants and additives for the automotive market.