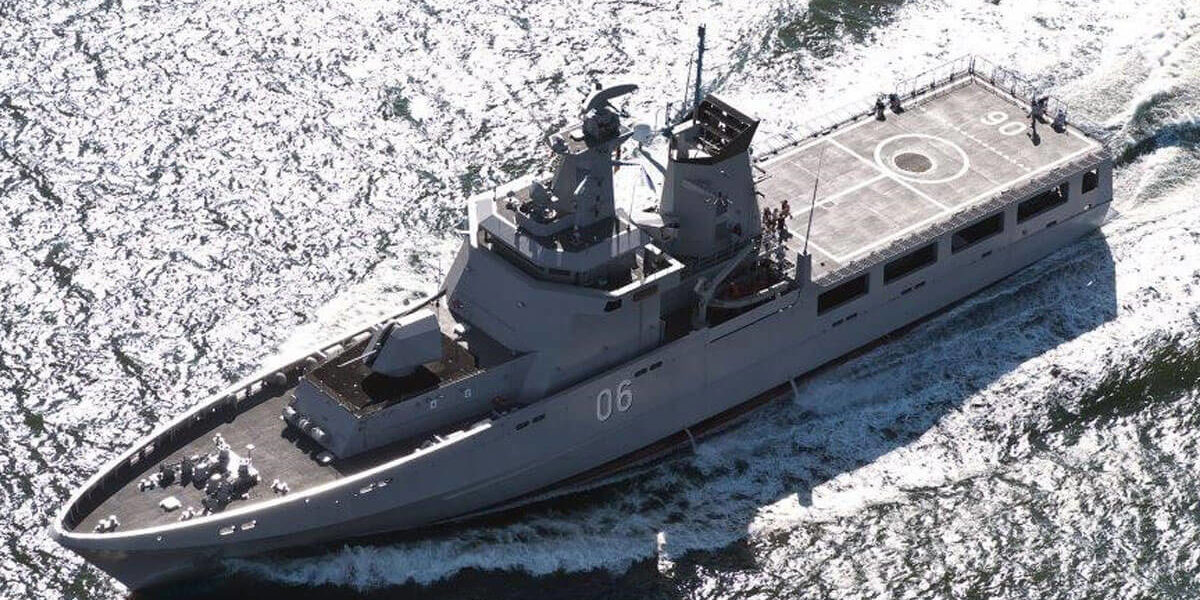 The first of the navy’s Arafura class offshore patrol vessels (OPV), NUSHIP Arafura, was launched today at the Osborne Naval Shipyard in Adelaide.

The vessel is the first in a fleet of 12 OPVs being built to replace the Armidale and Cape class patrol boats.

The first two OPVs are being constructed by Luerssen Australia at Osborne Naval Shipyard maintaining employment before the Hunter Class frigate program progresses through prototyping to construction.

The 10 remaining OPVs will be built by Luerssen Australia at the Henderson Maritime Precinct in Western Australia.

“The Arafura class OPVs represent the future of Australia’s border protection and will be the primary asset for maritime patrol and response duties.”

Dutton said the build of the Arafura class OPVs is a cornerstone of the Australian Government’s Naval Shipbuilding Plan, which will employ 15,000 workers across the country by 2030.”