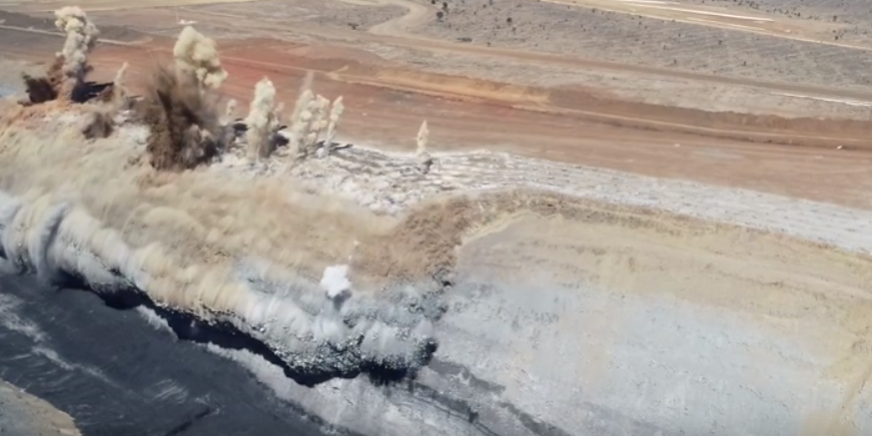 Explosives business Orica (ASX: ORI) has teamed up with miner BHP to create the world’s biggest wireless mine blast at a site in Central Queensland.

The competion of a third blast in a series testing industry-leading ORICA WebGen technology has given BHP Mitsui Coal’s Poitrel Mine the title of world’s largest blast using wireless technology.

The latest blast on Sunday (13 October) saw 1.3 million cubic metres of overburden shifted in a strata blast fired with 1920 WebGen 100 units across 534 holes.

The system features wireless in-hole primers that are initiated by a firing command communicated through rock, water and air.

Smeaton said: “Wireless blasting means we are able to really reduce our people’s exposure to dust in the pit, and eliminates the potential for misfires because they do not need to physically tie each hole in to the blast pattern.

“(This) makes the process for loading explosives far more efficient, and less susceptible to wet weather delays as the pit does not need to be shut down because of the potential of accidental ignition during thunderstorms.”

The first trials conducted in May and June were small shots to test the technology.

The latest blast involved a more complicated strata blast, with the top and bottom decks of the shot fired at different times to maximise fragmentation, and preserve the coal below.

As reported in @AuManufacturing news, Orica’s technology is focused on optimising fragmentation, as fragment size and uniformity is the major determinant of in-mine costs.