Orica write down of $191 million on breakdown, IT 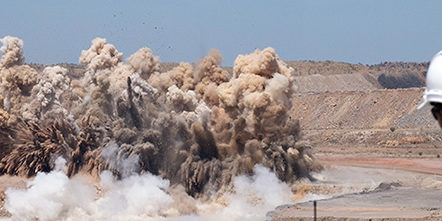 Melbourne chemicals and explosives group Orica (ASX: ORI) has revealed $191 million in write downs stemming from IT changes and the major breakdown of equipment.

The biggest, to be confirmed in its 2019 first half results on 9 May, is a non-cash impact of approximately $155 million from equipment failures at its Burrup technical ammonium nitrate TAN explosives plant in Western Australia.

Rectification works are progressing at the plant and have identified a number of assets that need to be replaced or repaired.

The company must also recognise the reduced value of defective pl;ant and equipment, including capitalised costs directly attributable to the plant’s construction.

Orica said in a statement: “Accordingly, Orica expects to recognise ($109 million after tax) in its 2019 half year results.”

Repairs have been underway for six months and defective components are scheduled to be replaced in the second half of the 2019 calendar year.

The plant is expected to be commissioned in the first half of the 2020 financial year.

The company said the accounting requirements did not change the company’s long-term view of the value of the Burrup plant.

“The plant remains an important element of Orica’s domestic supply strategy being a 30-plus-year asset positioned in the heart of the Pilbara.

“Following the securing of several substantial contracts over the past 18 months and the (future) contract profile, it is expected that the plant will be essentially loaded in 2020.”

However, the plant’s utilisation in the 2019 financial year will be lower than the previously anticipated 20 per cent.

The second write down flows from the final stages of implementation of its new SAP operating system.

$36 million ($25 million after tax) of IT and other assets which are no longer being utilised by the business will be impaired in the first half.

Together the effect on the company of the write downs will be $134 million after tax.